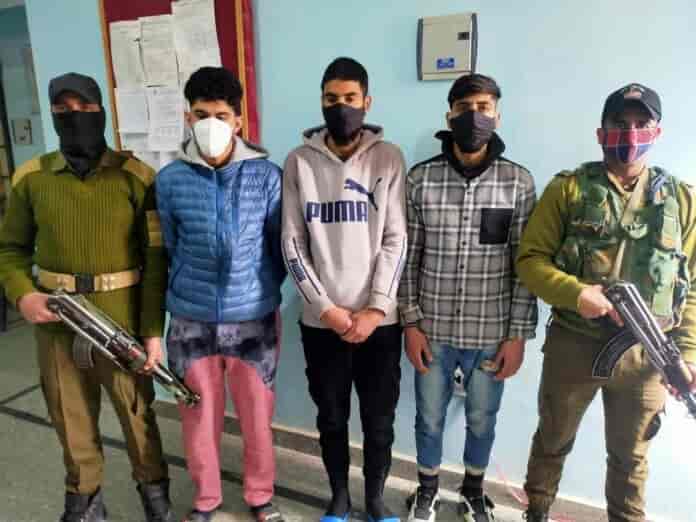 The Jammu and Kashmir police arrested trio from Srinagar for their alleged involvement in robbery and impersonation.

A police spokesperson said that Police Station Sadder here in Srinagar received a complaint from one Nowshad Ali son of Salim Sheikh, a resident of Raiganj Denajpur West Bengal to the effect that three persons acting as police officials in civvies apprehended him at Rambagh and threatened him for not wearing the mask in view of Covid protocol and snatched his purse and other valuable items and fled away from the spot.

Based on this information, an FIR vide number 39/2021 under sections 392, 419 was registered at Police Station Sadder.

During the course of investigation a special team was constituted by SDPO Sadder led by SHO Sadder Inspector Iftikhar Hussain. The team was finally able to zero in on the accused involved in the robbery and impersonation and all the three accused were arrested on the same day.