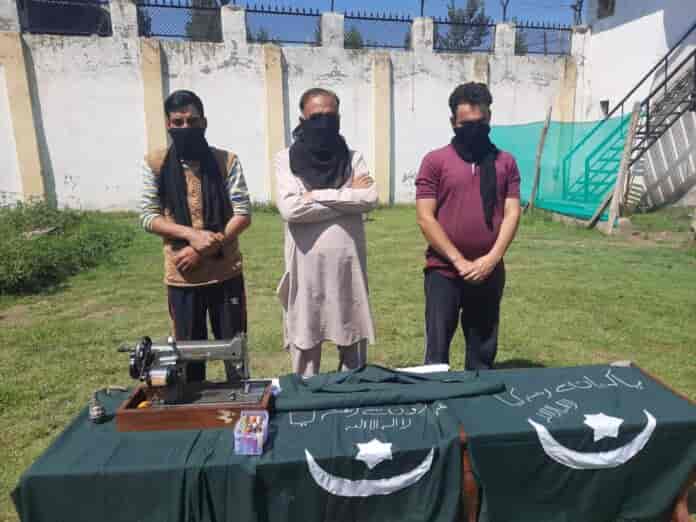 Srinagar: Bandipora police on Tuesday claimed to have arrested three over ground workers of banned Lashkar-e-Toiba militant outfit and recovered incriminating material from their possession in Hajin area of north Kashmir’s Bandipora district.

“They wanted to create fear psychosis and incite anti-national feelings among the locals of Hajin town.”

He said that in this regard an FIR no 35/2020 under relevant sections of law was registered and investigation initiated.

“During the course of investigation three OGW’S identified as Mujeeb Shamas, Tanveer Ahmad Mir and Imtiyaz Ahmad Sheikh-all residents of Mir Mohalla Hajin were arrested who admitted their involvement in the crime.”

The official further said that a hand grenade, cloth, sewing machine and other incriminating material used in preparing flags were also recovered from them while further investigation is going on—(KNO)