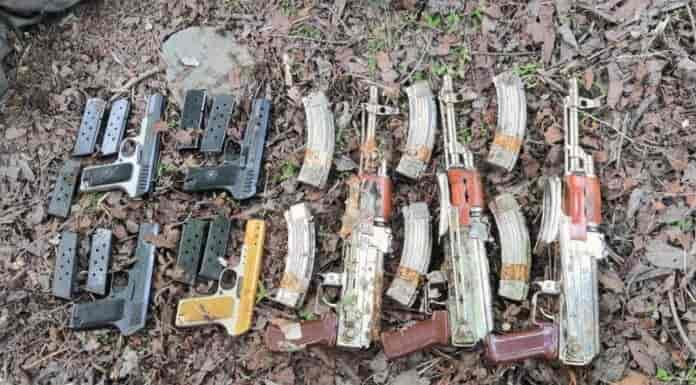 Police on Saturday claimed to have foiled an attempt by militants to smuggle three AK-47 weapons, four pistols besides other ammunition in Kupwara district of North Kashmir.

Police in Tweet said that it along with Army’s 02 JAT launched a joint operation at Jabdi Tangdhar area along the LoC in the frontier district.

” 03 AK-47 rifles & 06 magazines and 04 pistols and nine magazines have been recovered from the spot, reads the tweet as per the GNS.

The Searches in the area were going on, the police added.(GNS)