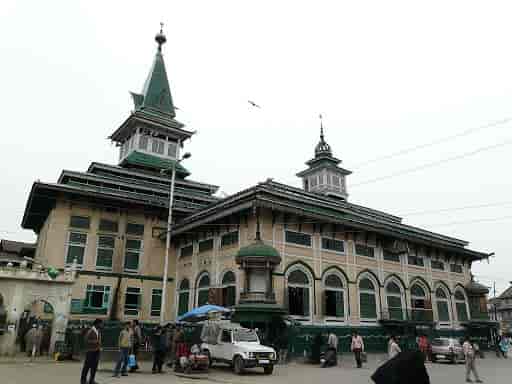 Sajada Nisheen of the shrine Khalid Hussain Geelani told a local news agency, Kashmir News Observer (KNO) that thieves entered the shrine in the dead of the night and stole cash. “I have no idea how much cash has been stolen from the [charity box],” he said.

Senior Superintendent of Police (SSP) Srinagar Dr Haseeb Mughal told KNO that police have taken the cognizance of the incident and investigations have been set into motion.

“Wasn’t there a night watchman,” asked Abdur Rashid Khan, who has been a frequent visitor to the shrine since his childhood. Mr. Khan, a resident of nearby Saraf Kadal, said that it was the sole responsibility of shrine management since there is no security at shrines across Kashmir especially Srinagar since April 2019.

Policemen deployed at the shrines for its security prior to April 2019 were without weapons and it was felt that there was a security risk after which police security from a majority of shrines was withdrawn.

A member of shrine management Dasteer sahib (RA), wishing not to be named, said that nobody was awake when the incident took place. “There is no idea how much was in the charity box/donation box when theft took place,” he said. The police team from Khanyar police station rushed to the spot, collected details, and registered a case. (KNO)