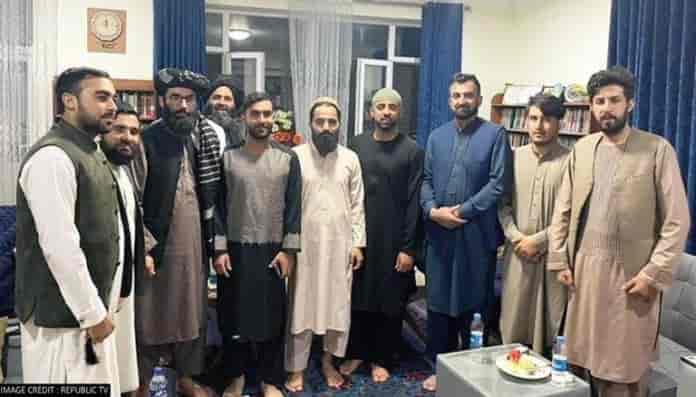 The Taliban have said that they will support cricket in the country and that Afghanistan started playing the sport when they ruled the nation.

According to a report, Anas Haqqani, a member of the Taliban’s political office and negotiating team, made the remarks during a meeting with members of the national cricket team.

During the meeting, Haqqani reassured the cricket sector and pledged to assess cricketers’ problems immediately.

During the meeting, the players thanked Anas Haqqani and his delegation and expressed their hope for support from the Taliban.

This comes a few days after another member of the Taliban’s political team, Sohail Shaheen, also expressed support for the cricket team and said he hoped to watch the planned Afghanistan-Pakistan matches.

Afghanistan and Pakistan are scheduled to play 3 ODIs from September 1 to 5 in Sri Lanka.