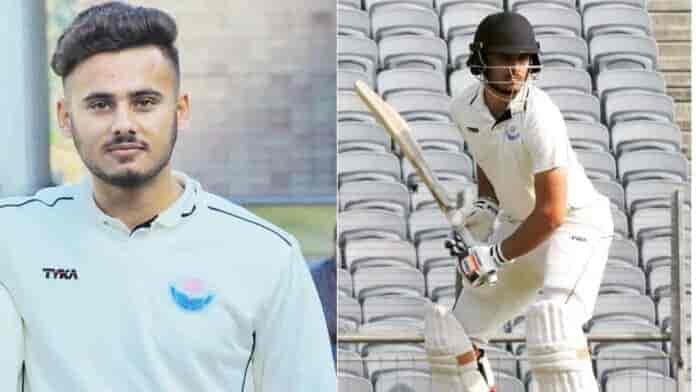 Srinagar: After a splendid bowling performance in the first innings, the Jammu and Kashmir batters tore into Uttar Pradesh bowling unit to register an emphatic win, the second consecutive in the tournament, at KSCA Cricket Ground, Alur.

Yousaf, who had remained most economical bowler for his team against Tripura as well, picked up 3 important wickets for just 14 runs in his four overs besides bowling a maiden.

Bowling his first over, Yousaf first picked Karan Sharma for 1, followed by prized scalp of Suresh Raina, for a naught, in the same over, as the aggregate score of the team read 6-2.

Madhav Kaushik alongside Skipper Priyam Gargh stitched a partnership to tread along however it was Abid Mushtaq who removed the former to put a brake on scoring rate. Abdul Samad, who though just bowled one over, provided his team with another important breakthrough in the form of Priyam Gargh.

The middle order batsmen went on cautiously before a disciplined bowling line up, with Shubham Chaubhey contributing with 28 and Arun Juyal scoring an unbeaten 22 respectively to settle at 124/5 in allotted twenty hours.

Promoted up the order, Sammad went after the opponent’s bowling by hammering them all across the ground to score his maiden fifty of the season so far.

Sammad who scored unbeaten 54 of just 35 deliveries with four sixes and two fours, was ably supported by his team-mate Shubham Khajuria who scored an unbeaten 34 of merely 25 deliveries (4×3, 6×1) to take their team through towards the end of fifteenth over itself, with eight wickets in hand.

This emphatic win after running over Tripura in the previous match, is surely going to brighten up the prospects for Parvez Rasool led Jammu and Kashmir to qualify for next round of the tournament. (GNS

Previous articleKashmir cold wave: No respite for next one week
Next articleIPDs at SKIMS Medical College Hospital to start functioning from Friday