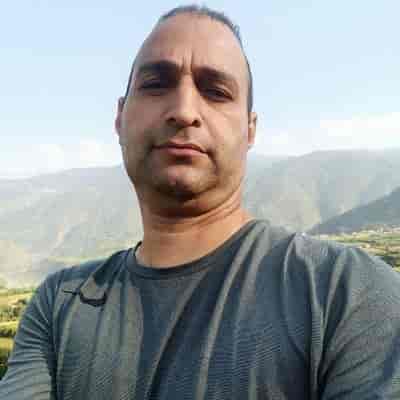 Srinagar: Muslim Joint Action Committee, Jammu has written to the home secretary J-K, Shaleen Kabra against Senior Superintendent of Police Security Jammu Swarn Singh Kotwal for resorting to “wanton vilification and repeated attacks through his tweets on Islam and Muslims projecting them as terrorists and airing his political views in contravention to the Service Conducts Rules.”

The letter which is sent through one Parvez Khan a resident of Langar area in Jammu has also been marked to the Inspector General of Police Jammu, SSP Jammu, and SSP Cyber Police Station Kashmir.

The text of the letter reads, “1. That SSP Security Jammu Mr Swarn Singh Kotwal hereing after referred as the Accused is a senior officer of Kashmir Police Services (KPS) and presently posted as SSP Security Jammu, responsible for the security of all protectees as classified by the government from time to time.

3. That despite being on a very sensitive place of posting and responsible for the safety and security of all sections of the society the said accused has from some time been resorting to wanton vilification and repeated attacks through his tweets on Islam and Muslims projecting them as terrorists. The accused on 29 August, 2020 used an unexpected language to project all Muslims as terrorists by writing, “Time n again all political partieis after every terrorist act of violence paddles aatankwad Ka Koi dharm Nahin hota……but this I think is the biggest fraud being played on all of us. From Delhi, Bengaluru to Sweden the religion is very much visible. Srilanaka n Burma knew it in days”. Screenshot of the said tweet is annexed herewith.

5. The said accused retweeted another tweet of one Shefali Vaidya which says, “Isnt it interesting, that peple of only ONE religion take to rioting, burning public property, loot, arson and plunder each time they feel their religion is insulted…no matter which….”. The said accused responded by saying, “Because they are taught so”..

6. The accused further retweeted a tweet wherein Muslims were considered to be a threat as they are joining UPSC. The accused further wrote, “…….the need is to open the eye rather to close it. Jk militancy reveal that since past five years people joining militancy are not poor or unemployed but Engineers Technorats PGs PhD by design”.

Screenshots of the tweets are annexed herewith for kind perusal.
7. That the said accused through his personal tweeter handle has been resorting to a planned and sinister campaign in order to malign Muslims and Islam and create an atmoshphere of Islamophobia. The moral turpitude is aimed clearly at created enmity and feelings of hatred and ill-will between different religious.

8. That the said act of the accused constitute serious offences and also violates the service conduct rules besides the moral conduct guidlines issues from time to time.

9. That the complainant is seeking your indulgence to get the matter investigated and take legal action against the accused for the prestige and imagine of government, which otherwise is to be apolitical and unbiased.(Sic)”