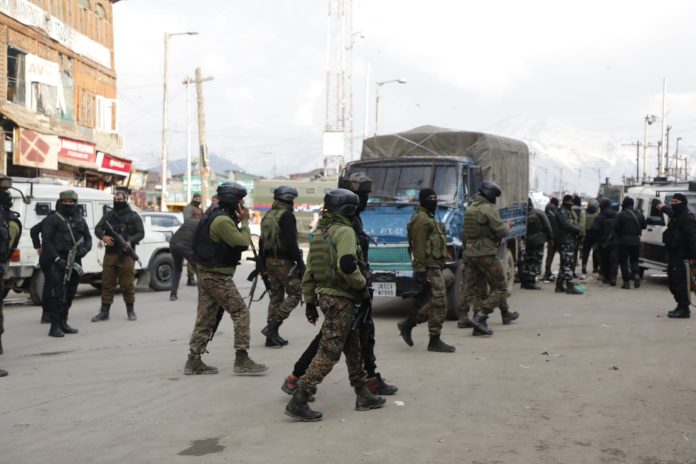 A police inspector, and three civilians were injured in a grenade blast amid heightened security arrangements on the eve of January 26 at Hari Singh High Street area of Central Kashmir’s Srinagar district on Tuesday, officials said.

They said the militants targeted a joint team of police and CRPF.

However the grenade missed the target and exploded on the roadside, causing splinter injuries to three pedestrians—a woman identified as Asmat (40) wife of Zahoor Ahmad Hajam of Charar-i-Shareef and the couple— Tanveera (38) and her husband Muhammad Shafi Bhat (43) of Chattabal Srinagar besides a police inspector identified as Tanveer Ahmad.

All of them were shifted nearby SMHS hospital and their condition is stable, Dr Kawaljeet Singh told GNS. Sources said that while the couple has suffered injuries in the abdomen region, the woman from Charar-i-Shareef Budgam has injuries in legs. Details regarding the police inspector were awaited.

A top Police officer confirmed the blast to GNS and said that whole area has been cordoned off to nab the attackers, they said. He said thata case has been registered and further investigations are underway. (GNS)

A drone like object was spotted along the Line of Control (LoC) in Baloni Sonagali area of Mendhar in...
Kashmir