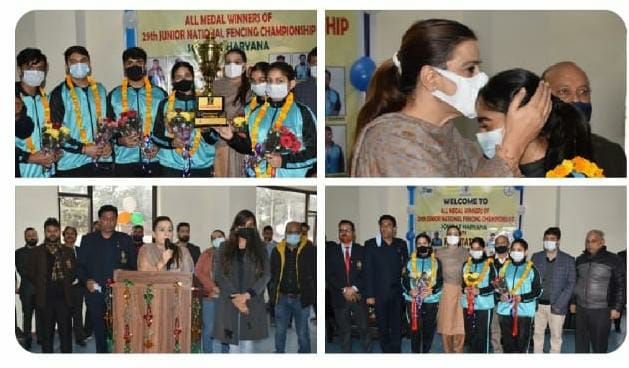 Srinagar: One wrong move and Twitterati will roast you. This is what happened to Jammu and Kashmir Sports Council, after they announced facilitation of winners in a sports event. Problem was, they tagged, former Sports Minister and the present one found no mention.

Eight people were tagged in the tweet including lt Governor of the UT J-K and the present law minister kiren Rijiju, who happened to be former sports minister.

Among the eight tagged present sports minister was dropped, why? Anurag thukar is the present minister for sports, who finds no mention in the tweet.

Netizens have turned the tweet in a laughing stock saying the council is yet to know, who the actual minister is or they don’t know ministers have changed.

Veteran journalists Riyaz Masroor, who works for the BBC replied, sarcastically: “So far so good , but where is the Union Sports Minister @ianuragthakur , you guys live in past , how can you contribute to 21st century #sports.”