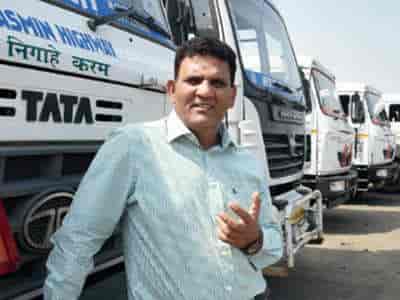 As India struggles with a lack of oxygen, a Muslim man has so far spent Rs 85 lakh in less than a week to ensure around 400 metric tonnes of medical liquid oxygen reaches government hospitals in and around Nagpur, saving numerous patients.

Pyare Khan who started his career by selling oranges outside Nagpur railway station in 1995 now owns a Rs 400 crore worth company.

Khan is a son of a small grocer from the slums of Tajbagh in the western state of Maharashtra.

Though the administration has promised to settle his dues, this former autorickshaw driver, who now owns a fleet of 300 trucks, considers the expenditure as his duty-bound donation or ‘zakat’ during the holy month of Ramzan, Times of India reported.

He has decided not to accept the payment from the government, considering it as his service to humanity. “I can serve the society with my oxygen donations, which would reach across all communities in this crisis time,” he was quoted as saying by the national newspaper.

“If there is a need, we can also plan to airlift some tankers from Brussels too,” he said.

Khan, who manages a network of 2,000 trucks across India with offices in Nepal, Bangladesh and Bhutan, had to pay three times more to hire two cryogenic gas tankers from Bengaluru urgently. He needed them to transport liquid oxygen from different parts of the country. As high demand for oxygen and increasing death rates started to plague Nagpur, Khan did not stop to bargain down the high price being quoted for the oxygen tankers and paid over Rs14 lakh for each trip.

Khan is today voluntarily managing the supply and transportation of medical liquid oxygen on behalf of the district administration and civic body, after Union minister Nitin Gadkari stepped in to salvage the situation. “We have also distributed more than 500 cylinders at different hospitals and another 360 cylinders have been given by the Union minister (Gadkari) for charity,” he said.

“Getting tankers is the biggest challenge as of now. I am arranging for tankers from different places and sending them to places like Raipur, Rourkela and Bhilai to get them filled with liquid oxygen for the district and surrounding areas,” said Khan, who employs more than 1,200 persons in his Ashmi Road Carriers Private Limited, which he established around a decade ago.

Khan, who attributed his social work to Gadkari, said he has also been sending tankers to Raipur after former CM Devendra Fadnavis made arrangement to source them from two groups in Chhattisgarh.