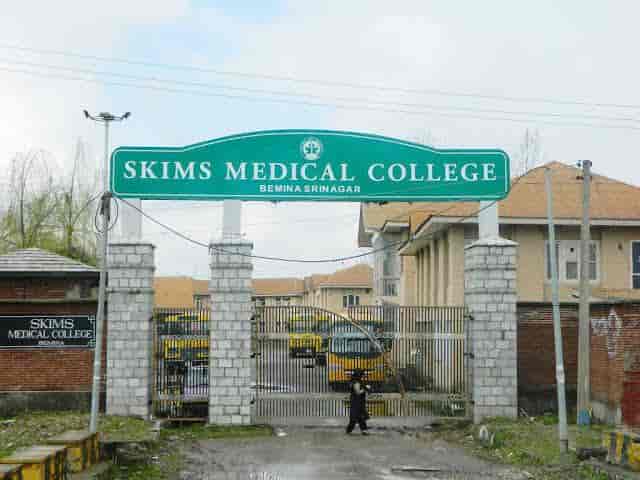 Srinagar: The residents of the Department of Obstetrics and Gynaecology at Sher-e-Kashmir Institute of Medical Science, Bemina, including doctors and postgraduates, have proposed resignation en masse if the issues they are facing are not resolved by the hospital management.

“Lack of healthcare staff and the consequent pressure on the residents, violation of WHO [World Health Organisation] and ICMR [Indian Council of Medical Research]” are among the issues residents are facing. Talking to The Kashmir Walla, one of the senior resident doctors from the OBG Department, who are protesting said, “Instead of modifying and providing necessary equipment and facilities to doctors, our administration is using foul tactics to show that doctors are not willing to work.”

Currently, one of the doctors informed The Kashmir Walla that there are eight resident doctors and four post-graduates, in addition to seven faculty members. The hospital was designated as COVID-19 facility by the administrator in March during the regional outbreak.

“It [the number of healthcare workers] is too low to run a COVID-19 obstetric department,” the doctor said. “Because of that, we are on 24-hours shifts.” The doctors have been demanding the management to change the shift-roster to 6-hour shifts.

But the latest shift-roster on 28 April, accessed by The Kashmir Walla, still gives 24-hour shifts. “It is not possible to stay in PPEs [Personal Protective Equipment] for so long,” the doctor said. “It is not only a humanity issue — it’s scientific: the PPE cannot be effective for 24-hours.” And by putting these doctors at risk, they say, the hospital management is making the whole community vulnerable.

Talking to The Kashmir Walla, Head of Department of OBG, Dr. Rifat Ara, said, “We’re speaking to these doctors and trying to sort out the issue.”

The doctors also issued a statement here: “It is not only our department of gynecology and obstetrics that is protesting but other departments like anesthesia, surgery, and orthopedics are also in protest. The administration wants to portray that everybody is wrong except them. There are gross deficiencies in this hospital to be recruited as covid obstetric centre.”

“Despite the fact that the majority of us in the OBG department are lactating and nursing mothers, we have never denied from giving duties with utmost sincerity,” the statement adds. “However, it should be guideline-based. Otherwise, it’s a threat to our family and the community at large.”

The residents also requested Lt governor, GC Murmu, to look into the matter.