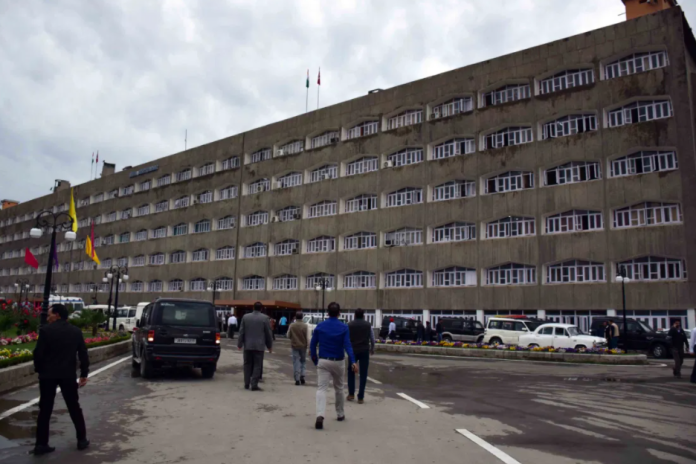 The Union Ministry of Home Affairs (MHA) today ordered the promotion of 16 Indian Administrative Services (IAS) officers to Junior Administration Grade (Level-12) in the Pay Matrix of IAS with effect ranging from 2019 to 2022, reported Daily Excelsior.

All 16 IAS officers promoted to Junior Administrative Grade were Jammu and Kashmir Administrative Services (JKAS) officers who were inducted into the IAS last month. They have been allotted AGMUT cadre.

As per an order issued by the Union Ministry of Home Affairs, Talat Parvez Iqbal Rohella, Rukhsana Ghani, Rehana Batul and Mir Tariq Ali, who has been allotted the 2010 batch of AGMUT cadre, have been promoted notionally with effect from 1.1.2019 and extended actual benefit with immediate effect.

Amit Sharma, who was allocated the 2012 batch of AGMUT cadre, has been promoted notionally with effect from 1.1.2021 and given actual benefit with immediate effect.

Rest all other IAS officers, who were given the 2013 batch of AGMUT cadre while being inducted from JKAS into IAS, will get a notional benefit of promotion with effect from 1.1.2022 and actual benefit with immediate effect.

The Union Home Ministry order said that all 16 IAS officers have been promoted to Junior Administrative Grade subject to the condition that they will have to mandatorily complete their MCTP Phase-III training on being nominated for the same, failing which their promotion to next higher grade will be affected.

After 16 serving JKAS officers were inducted into IAS in the month of August from among a total of 28, eight posts have been declared vacant which had gone to retired officers. One officer due for induction has passed away while two others refused inductions resulting in 11 vacancies.

A total of 13 more vacancies for induction of JKAS officers into IAS have been identified taking the total number to 24.

“Process for filling up of 24 vacancies will be taken up next month,” sources said.

“One post is still under dispute as fate of a JKAS officer has been sealed in sealed cover as he was facing an inquiry,” sources said.