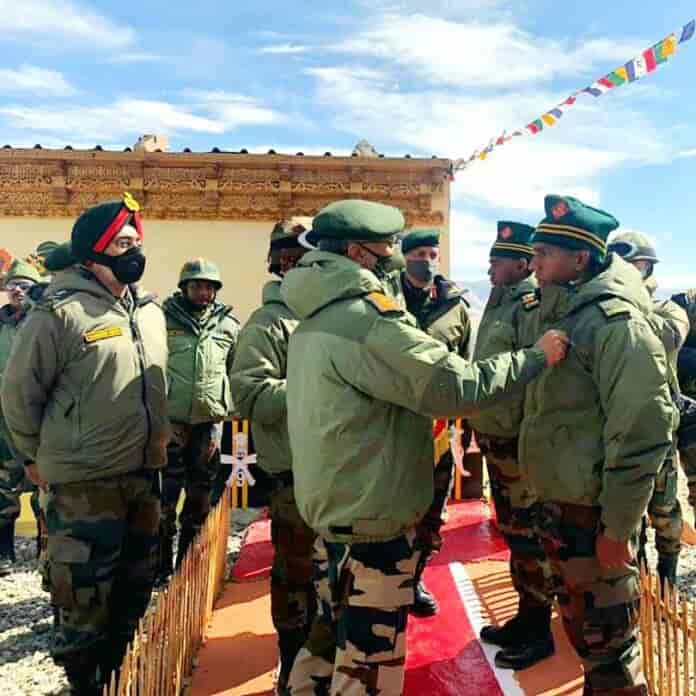 Srinagar: Army chief, General MM Naravane Friday said that the situation at the line of actual control (LAC) in eastern Ladakh is slightly tense but all the precautions, safety and security are in place to ensure integrity, and that the soldiers are well prepared to deal with any challenge.

Talking to a selected group of reporters, General Naravane, as per a local news gathering agency—Kashmir News Observer (KNO), said that the situation has been tense for last two to three months in eastern Ladakh but India has been engaging with China both at military and diplomatic level and the engagement will continue future to pacify the current situation at (LAC).

The army chief interacted with the army officers of different levels and took stock of the preparedness stating that the “morale of jawans is high and they are ready to deal with all challenges that may arise.”

“Our (Indian) officers and soldiers are the finest in the world and will make the entire nation proud,” the Army chief said, adding that “The situation along line of actual control (LAC) is slightly tense but all the precautions for the safety and security have been taken to ensure that our (India’s) integrity remains safeguarded”, he said as per KNO.

The army chief said that: “The situation along the line of actual control has been tense for the last two to three months but we have continuously been engaging with both at the military and diplomatic level and these engagements are going on and will continue in the future also.”

He also said that through the medium of talks issues will be resolved and whatever the differences “we (India and China) have, we will ensure that the status quo is not changed. We are able to safeguard our interests.”

Pertinently, the situation in eastern Ladakh worsened after Indian army lost 20 soldiers and around 76 were injured during the first round of de-escalation process at Galway valley.