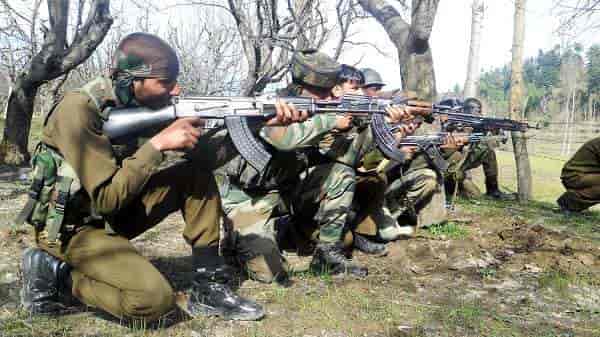 Srinagar: The Jammu and Kashmir police on Thursday said that one militant has been killed in the ongoing gunfight in Munand-Bandpava area of south Kashmir’s Shopian district.

As the joint team of forces approached towards the suspected spot, the hiding militants fired upon them, reported GNS. The fire was retaliated by the joint team, triggering off a gunfight.

A senior police officer also confirmed to GNS the exchange of fire between the joint team and the militants. GNS quoted unnamed sources, saying, “two to three militants are believed to be trapped.”

Previous articleWe were to win, we sold the 2011 World Cup to India: Former Sri Lanka minister
Next articleArmy personnel injured in cross-LoC firing in J-K