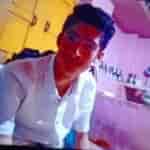 The family of a 14 year-old militant who is believed to be trapped in Shopian’s Hadipora has been brought to the gunfight site to persuade him to surrender.

The gunfight had ensued after a joint team of Police and army’s 34 RR launched a cordon and search operation in Hadipora amid specific information about the presence of the militants.

As the joint team approached the suspected spot inside orchards, the hiding militants fired upon them which was retaliated, triggering off the gunfight.

One militant has been killed and a trooper has been injured in the gunfight so far. (GNS)