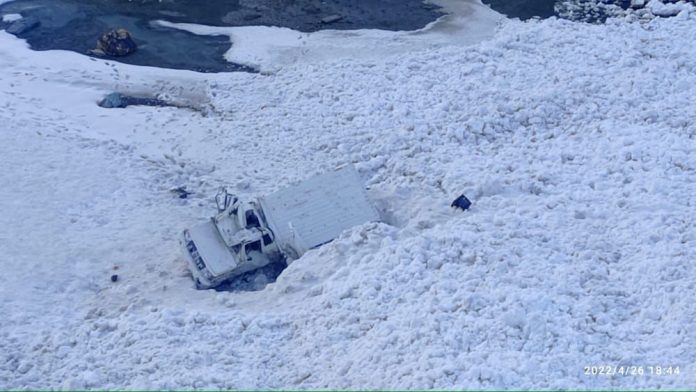 A driver was killed a vehicle he was driving was hit by a snow avalanche at Shaitan nallah.

As per the news agency—Kashmir News Observer (KNO), officials said that a Tata mobile bearing number JK01Q-5635, was hit by a snow avalanche at Shaitan Nallah and the vehicle fell into the gorge on Wednesday.