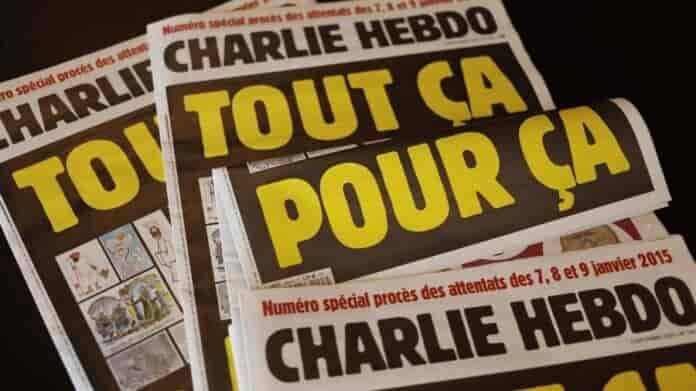 Four people were wounded, two of them seriously, after a knife attack near the former offices of satirical magazine Charlie Hebdo, French police said on Friday.

According to Deutsche Welle Police cordoned off the area after a suspicious package was spotted.

A Paris police official said that while authorities initially thought two attackers were involved, they now believe it was only one person, who was later arrested near the Bastille plaza in eastern Paris.

A blade was found at the scene, two police sources told Reuters. One described it as a machete, and the other called it a meat cleaver. Local authorities have asked people to avoid the area.

Following the attack, Prime Minister Jean Castex cut short a visit to a suburb north of Paris in order to go to the Interior Ministry.

This week, a trial got underway in Paris for the alleged accomplices in a January 2015 attack on the Charlie Hebdo offices, which left 12 people dead. Fourteen people, including three fugitives, are on trial, while the widows of the attackers are scheduled to testify on Friday afternoon.

Earlier this month, Charlie Hebdo also announced that it would republish cartoons of the Prophet Muhammad (SAW) to mark the beginning of the trial.