SC refuses to grant permission for Muharram processions across India 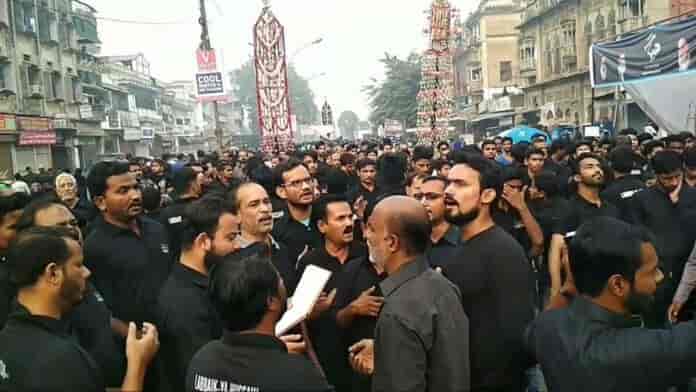 The Supreme Court today refused to grant permission for Muharram processions, even with a limited number of participants, Live Mint reported.

The court asked the petitioners to approach high courts of the respective states where they seek to take out processions and said, “We will not pass orders that could risk health of so many people.”

The plea, filed by prominent Shia Muslim cleric from Uttar Pradesh, Syed Kalbe Jawad, sought permission for the procession with only five participants who would ensure all covid-19 safety norms are followed adequately.

When the petitioner pressed for the prayer to be granted and cited the Supreme Court’s orders passed in relation to the Jagannath Puri Rath Yatra and the Jain Temples in Mumbai during Paryushan, CJI Bobde explained the differences between the matters. He said,

“You are giving Jagannath Puri example, there it was in one place and one set route where the Rath had to be drawn. We could assess the risk involved and pass the specific order for only Puri. In Jain Temple matter, it was for three temples only and five people at a time…” BAR and Bench quoted the CJI as saying.

The bench, also comprising Justices AS Bopanna and V Ramasubramanian, said “We cannot pass general orders. It is not possible to give general directions. It will create chaos and a particular community will be targeted for spreading Covid.”

The court was referring to the Tablighi Jamaat incident, where a sect of Sunni Islam had organized a religious congregation in mid-March at Delhi’s Nizamuddin Markaz, a mosque located in the heart of the city. The building where the event was organised had become one of the biggest hotspots in India, significantly adding to the number of cases across the country.