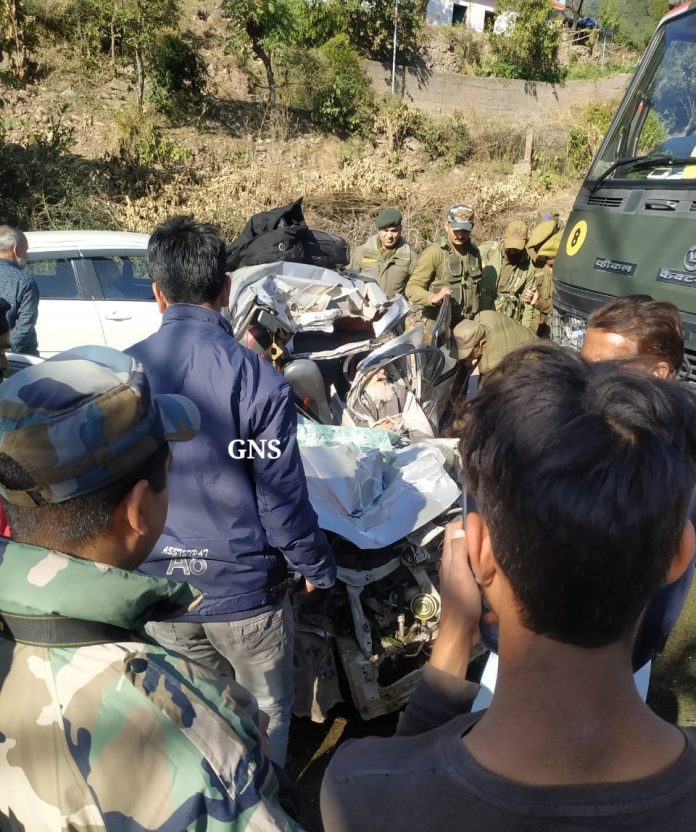 A retired Sub Inspector of police was killed and four persons including a 6-year-old girl were injured in an accident between a private car and an army vehicle at Nowshera area in Rajouri district on Tuesday.

Official sources told GNS that the accident took place at Nowshera area on Jammu- Poonch highway, resulting in death to one person— Mohammad Mustaq Khan, a retired Sub Inspector of Police, and injuries to four others identified as Attaullah (35), 6-year-old girl Maria (6), Saleema Bi (50) and Iqra Pathan (30). The injured, all residents of Salwah Mendhar in Poonch district, were shifted to Sub District Hospital Nowshera. However Attaullah and Iqra Pathan have been shifted to Government Medical College Jammu in “critical condition.”

A police officer confirmed to GNS the death one person and injuries to four others in the accident and said that a case has been registered. “Further investigations are underway.” (GNS)