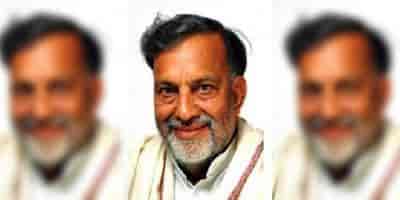 Jammu and Kashmir National Panthers Party (NPP) on Thursday said that Centre must restore statehood with article 370, and added that the draconian Public Safety Act (PSA) is illegal and it must be scrapped.

The party patron Prof Bhim Singh told a local news agency, Kashmir News Observer (KNO) in an interview that he wants cooperation from the nationalist parties so that he can press the Government of India for the restoration of statehood with article 370.

“Government of India must restore statehood with Article 370 same way in Parliament as they scrapped it on 5 August last year. At the same time, GoI must scrap the PSA as hundreds of people are still languishing in jails under this act.”

“All fundamental rights mentioned in Article 12 to Article 35 must be given to the residents of Jammu and Kashmir,” he said, adding that, “we welcome scrapping of 35 A as it was empowering the state government to create laws like PSA.”

He said that despite being a registered party, no publicity is given to NPP and its activities.

“The people created by RSS like Apni Party leaders who aren’t even registered before the Election Commission are given full publicity everywhere for being puppets of Prime Minister Narendra Modi and agencies,” Prof. Singh alleged.

“I will challenge this law in the International Court of Justice because the issue of Jammu and Kashmir is already under discussion at the United Nations,” he said, adding that the issue is also in the Security Council and the central government should not have enacted any separate laws in Jammu and Kashmir but they have taken away the special status of Jammu and Kashmir and played with the dignity of the people here.

The central government on 27 October repealed about 11 land laws in Jammu and Kashmir and Ladakh. The announcement was made by the Home Ministry Amit Shah and the order has been dubbed ‘Jammu and Kashmir Reorganization (Central Laws) Third Order 2020’. (KNO)