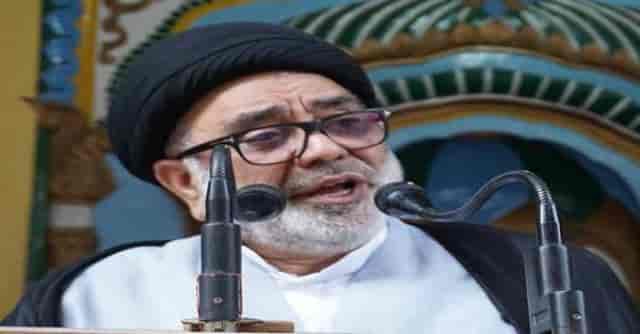 In a Statment, Aga Hassan said resistance to power-arrogance and bullying is a core idea of Imam Khomeini’s Thought.

Fighting oppression and arrogance as a Religio-Political responsibility is something that shaped movements of self-determination etc in post Revolution world hugely.
The call of the Imam in Arab world and the World at large shook that authoritarian regimes and sent shivers down their nerves, when Imam’s word for accountability surfaces and is still on from Palestine to Egypt, Bahrain and Yemen, he said.

Adding that Islamic Awakening was revived with the charismatic leadership of the Imam throughout length and breadth of Muslim world.

Aga Hassan further said After the collapse of the communism, Islam emerged with full vigour as a political and social force around the world. The criminal Suppression of Islamic voices ended. Today, apart from being the  fastest growing religion, Islam is source of rule of law, reformation and welfare and so on in the world.

The Imam is that son of Islam who decriminalized gender discourse and commenced and alternative dignified women’s movements and restored value system of Islam.”Aga Hassan concluded.