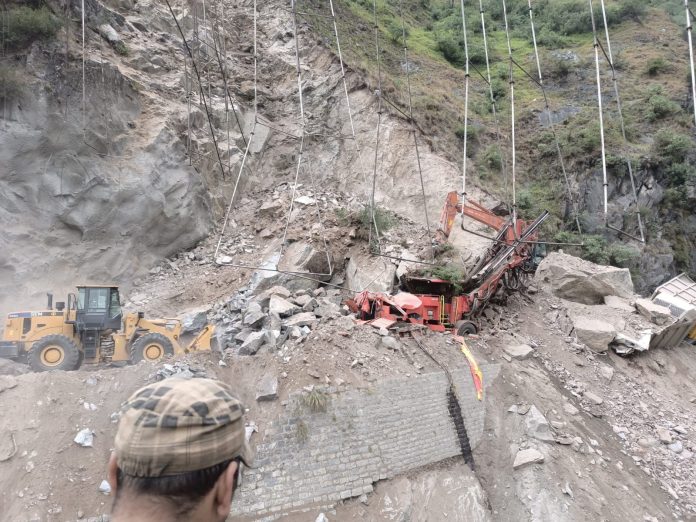 The dead bodies of two more labourers have been found by rescuers from the debris of an under-construction tunnel which collapsed near Khooni Nallah area of Ramban district, taking the death toll to 4

All the recovered bodies are being shifted to District Hospital Ramban, they said adding that that the traffic on Jammu Srinagar national highway is plying for vehicular traffic—(KNO)