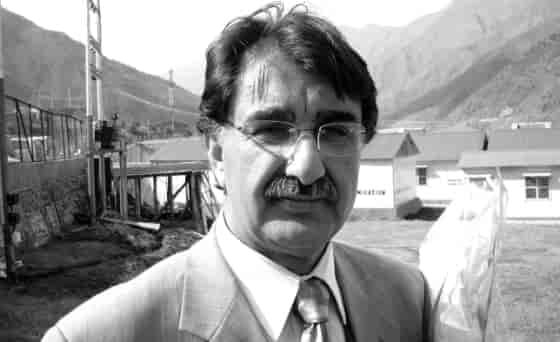 Currently in Malaysia, Mr. Shah was released in December last year and the Public Safety Act against him revoked permanently. He was detained in August and placed in Agra central jail.

A local news gathering agency Kashmir News Trust (KNT) reported Mr. Shah has been booked after he asked people of Kashmir to put a collective fight against what he called settler-colonialism via a social media post.

Mr. Shah on facebook had written that “All village/mohalla/town committees of Kashmir should come together and make sure that not a single non-local lives in their areas. They should ask all non-Kashmiris to vacate and leave Kashmir. Each and every local committee must do its part.”  “All of these committees should give clear instructions to people that anyone who tries to give space to non-locals will be socially boycotted and anyone who tries to sell land to any non-Kashmiri will be socially boycotted as well as evicted from the area.”

“These committees should also make it clear that any tehsildar or any administrator who’s found to have given domicile to any non-Kashmiri will also be socially boycotted. The social boycott against these people should be very strict.”

“They shouldn’t be allowed to enter into the village/mohalla/town and no one should speak to them or their families or do any kind of work with them.”

Mr. Shah said: “We should think of other efficient measures as well to stop India from changing the demographics of Kashmir. It’s most important for all Kashmiris to come together at this very important stage and collectively fight against settler-colonialism. It’s now or never. It’s done or die. All of us have to join hands and fight now!”

“I find it the only way to stop this settler program in India. Let us do it,” he wrote in another Facebook post. (KNT)

Previous articleWhat has China gained from the incursions in Ladakh?
Next articleMilitants attack army camp with UBGL in Central Kashmir