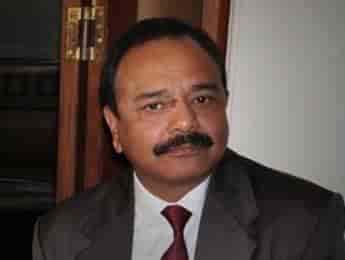 Political parties in Jammu and Kashmir have expressed condolences over the demise of Shadi Lal Koul, the Kashmiri actor renowned for his comic style.

Jammu and Kashmir Apni Party (JKAP) on Sunday expressed grief and solidarity with Mr. Koul’s family. Its senior leader, Rafi Ahmad Mir, said: “Late Kaul was a comedian par excellence. He will always be remembered by the people for his mesmerizing performances that enrich peoples’ lives with laughter and happiness. We have indeed lost one of the finest comedians and an iconic actor.”

The JKAP leader said that through his unique and memorable acting, Late Kaul had not only carved a niche for himself but had immensely contributed to the enrichment of Kashmiri culture.  “Besides being a veteran actor, he was a great human being and very down to earth. JKAP offers deepest condolences to the bereaved family, television artists, his fans and friends at this time of grief. May his soul rest in peace,” Mr. Mir observed.

Meanwhile, party senior leader and former legislator Vijay Bakaya has also condoled the demise of veteran actor describing him as a humble human being who was extremely talented as an actor.

“He appeared on television and the stage and created characters which are etched on the minds of those who identified with them. His comic sense and timing were extraordinary,” Mr. Bakaya said in a condolence message.

The PDP spokesman highlighted Mr. Koul’s immense contributions in the field of theatre and drama and said his demise has created a deep void that will be extremely difficult to fill.

Expressing solidarity with the bereaved family, the party has prayed for their patience at this hour of loss and pain. (With inputs from KNS)