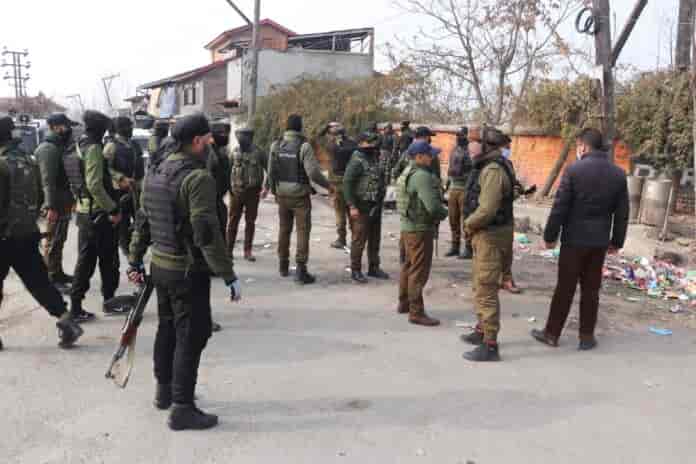 Srinagar: The Kashmir Press Club (KPC) notes with concern the behaviour of a Police Officer with media persons at Sazgaripora area of Srinagar on Sunday.

As reported by the journalists who were trying to deliver their professional duties while covering the incident of firing in the area, the Station House Officer (SHO) Police Station Zadibal “misbehaved and abused” them.

Journalist Shah Gowhar working with the news agency ANI and their cameraperson Sajid Siddiq were reportedly abused and pushed around by policemen.

The said police officer also reportedly snatched the mobile phone of Rayees Ahmad, another media person working with a news channel. The media men had to go to the police station to collect his mobile phone later.

The incident is highly unfortunate and condemnable. This is also not the first such incident when media persons particularly photojournalists and videographers had to face such a situation.

Media persons on the spot in such news events are only trying to do their duties and they shouldn’t have to face such behaviour from the police officers.

KPC hopes the higher authorities in J&K Police will look into the incident and take some action so that such incidents are not repeated in future.