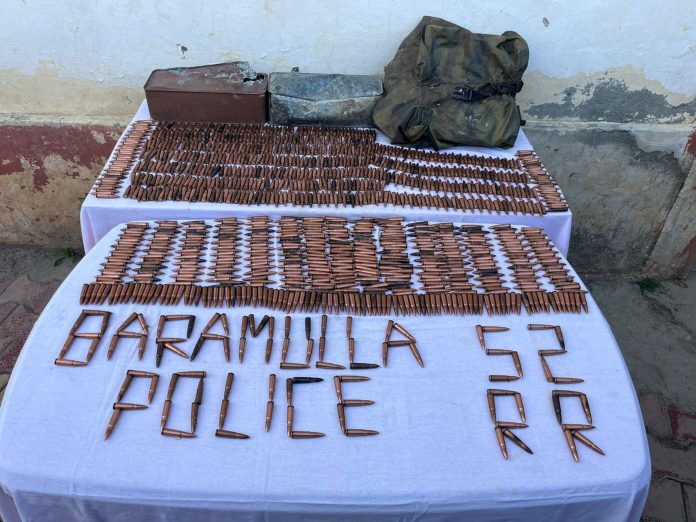 Police on Thursday said that they have recovered 1470 rounds of AK Rifle in north Kashmir’s Baramulla district.

A senior police officer told a local news agency, Global News Service (GNS), that on a tip off, joint team of Baramulla Police along with army’s 52 RR launched a search operation.

During searches 1470 rounds of AK rifle were recovered by the Joint team at Bandi Bala Area, the said.

A case has been registered in this regard and investigation has been takeup, the officer added.(GNS)