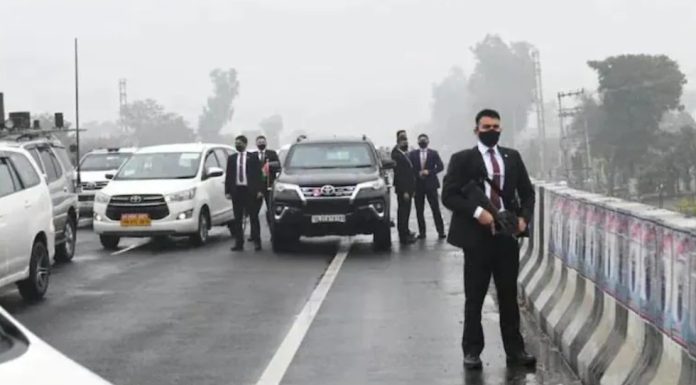 New Delhi: An FIR was registered against 150 unknown persons at Kulgari police station in Ferozepur district of Punjab in connection with Prime Minister Narendra Modi’s security breach incident during his visit to the poll-bound state, media reports said.

The FIR was registered under IPC Section 283 IPC (danger or obstruction in public way or line of navigation) on January 6, the Punjab government said in its report to the Centre.

There has been a major political uproar after PM Modi was stuck on a flyover in Punjab for 20 minutes due to a blockade by some protesters. The Home Ministry has called the incident a “major lapse” in security.

PM Modi had to return from poll-bound Punjab without attending any event, including a rally.

Bathinda SSP Ajay Maluja and the five other officers were responsible for PM Modi’s security during his visit to the state on January 5.

Meanwhile, the Supreme Court directed the Registrar General of the Punjab and Haryana High Court to secure the records pertaining to security arrangements made for PM Modi’s visit from the state government, police and central agencies.

The incident has triggered a major political row just weeks ahead of Punjab election as the BJP alleged the ruling Congress in the state “tried to physically harm” the prime minister.