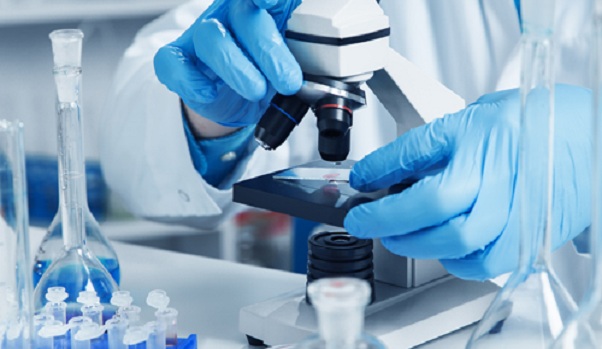 A family in Srinagar has written to Divisional commissioner Kashmir, SSP crime and other authorities for action against a private diagnostic centre after a 4D scan report conducted by them showed totally different results when compared with dozens of tests done at SKIMS Soura..

Yaseen Bhat, husband of a patient namely Saba, while talking to news agency—Kashmir News Observer (KNO), alleged that his wife is ill since long as stones are being found in her kidneys and this year same problem existed following which they went to SKIMS Soura where doctors said stones in kidneys and urine track will be taken out but they need to see how stones are formed every year in her kidneys.

“A surgery was conducted and a stone in the urine tract was taken out and parathyroid harmone tests were conducted which showed PTH was very high. After that doctors told me that she has a problem in her throat and there is a need for surgery,” Bhat said.

He said that after proper investigation Dr Ashraf Ganie an endocrinologist said that the patient has issues in parathyroid glands in one side as per CT Scan and later parathyroid scan conducted showed issues in both sides and later several harmone tests were conducted the results of which were normal. Later a neck surgeon Dr Aijaz Malik gave them a date for surgery on November 4.

Parathyroid glands are small endocrine glands in the neck of humans and other tetrapods. Humans usually have four parathyroid glands, located on the back of the thyroid gland in variable locations. The parathyroid gland produces and secretes parathyroid hormone in response to a low blood calcium, which plays a key role in regulating the amount of calcium in the blood and within the bones.

He said that on “our own in order to check the reason behind the variation between CT scan and parathyroid scan” they decided to conduct a 4D parathyroid scan at private diagnostic centre in Karanagar, Srinagar

He said that usually they give film after half an hour and report after two days, however, “we were asked to come after two days to get both film and report.” “The report came as a shocker as that showed there was no problem in the patient’s parathyroid glands at all,” Bhat said..

“We again contacted them and requested them to please check the film and report again besides sending them all reports of SKIMS Soura but two days later they wrote on their own report that their report is correct,” Bhat said.

Later, Bhat said that they contacted many senior doctors about issue who told them to rely on reports of SKIMS Soura rather than reports of private diagnostic centre.”We we decided to go for surgery and surgery was conducted and two enlarged parathyroid glands were removed which was shown by the scan conducted at SKIMS Soura,” said Bhat.

He said that as per doctors, in patients with hyperparathyroidism, one or more parathyroid glands become enlarged and over secrete parathyroid hormone, causing levels of calcium to rise in the blood.

“The doctors told us that surgery was to remove the enlarged gland (or glands) is the only definitive treatment for the disorder and cures it in 95 percent of cases,” he said..

Bhat further said that private diagnostic Centres are playing with the lives of people and most of them only know to mint money as “we have given them Rs 5000 for the 4D scan but result was wrong and the same is happening with the people who come here for tests from far off places.”

He said that they have already filed a complaint against the concerned private diagnostic centre before Divisional commissioner and SSP crime, besides other concerned authorities.

He said that most of the radiologists running diagnostic centres don’t have valid degrees which must be checked and such incidents shouldn’t not happen with more people.

Division commissioner Kashmir P K Pole has directed director health to inquire the matter within a period of 15 days and report must be submitted to his office by 15th December.

Meanwhile, Dr Mir Mushtaq Spokesman of Directorate of Health Services Kashmir told KNO that a committee has been constituted in this regard that will ascertain the facts after that persons who will be found guilty will be dealt as per the law—(KNO)