People who were responsible need to be brought to account: UN Chief on Sopore incident 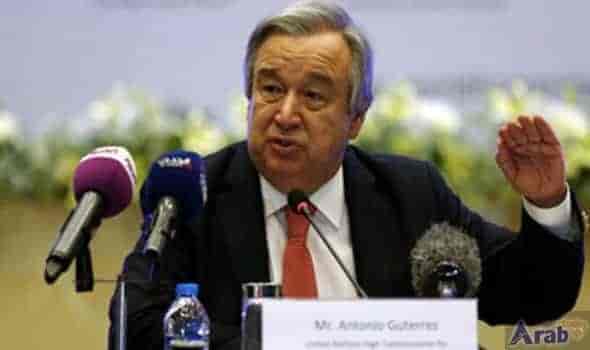 Secretary-General of United Nations Antonio Guterres has said that those who were responsible for the killing of a civilian and a Central Reserve Police Force (CRPF) head constable in Kashmir have to be made to account for it.

Asked about the incident at his daily briefing on Wednesday, the spokesperson of UN Chief, Stephane Dujarric said, “We will look into it. Obviously people who were responsible need to be brought to account. But let me look further into it.”

In answer to another question about the protests following the killings, Dujaric said, “As anywhere, we encourage people to be, authorities to allow people to demonstrate freely and that they can express their rights to demonstrate.”

On Wednesday a civilian and a CRPF trooper were killed while three CRPF personnel were injured after militants attacked the personnel deployed in the Model Town area of Sopore in the Baramulla district. Pictures of the killed civilian and his three-year-old grandson went viral on social media and evoked a sense of outrage over the incident.

The family of a civilian killed in north Kashmir’s Sopore, when militants attacked a deployment of Central Reserve Police Force (CRPF) troopers, had alleged that he was killed by the government forces personnel and not militants.

Senior Superintendent of Police, Sopore, Javaid Iqbal denied the allegations leveled by the family. “These reports of CRPF personnel dragging him from the vehicle and shooting him outside are absolutely incorrect,” Mr. Iqbal told The Kashmir Walla.

Mr. Iqbal said that two militants – belonging to the Lashkar-e-Toiba – were behind the attack. “The [civilian] vehicle was caught in between the firing and initial reports suggest that he got down from the vehicle along with the child to escape and got shot outside [the vehicle],” he said.