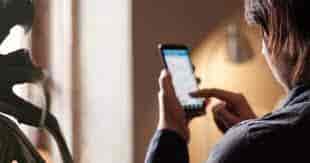 The Government of India, while denying the allegations of targeting opposition leaders, journalists and others through Israeli Pegasus spyware, informed the Supreme Court that a committee of experts will be constituted to investigate the issue.

The Centre, according to The Indian Express, made the statement via a two-page affidavit filed by the Additional Secretary, Ministry of Electronics and Information Technology, which reads: “Unequivocally deny…all …allegations…bare perusal of…petitions makes it clear that the same are based on conjectures & surmises or on other unsubstantiated media reports or incomplete or uncorroborated material.”

“To dispel any wrong narrative spread by vested interests and with an object of examining the issues raised, we will constitute a committee of experts in the field which will go in to all aspects of the issue,” the GoI said.

Earlier, the Chief Justice of India N V Ramana, while hearing the matter, had described the allegations as “serious” but wondered as to why no FIR had been filed to date if there was evidence to show that the phones had been hacked.