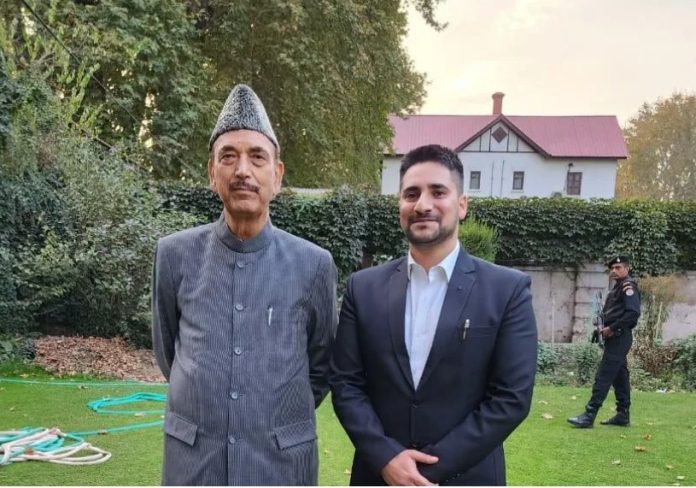 Advocate Muzaffar told KNO that the deliberations were already going on and yesterday he met Azad at guest house in Srinagar and formally joined the party.

“I am associated with politics for a long. I don’t have any rift with PDP or my family, but ideological differences compelled him to join DAP as I believe that only Azad sahab had the capability to fill the present political vaccum in Jammu and Kashmiri,” he added.(KNO) .