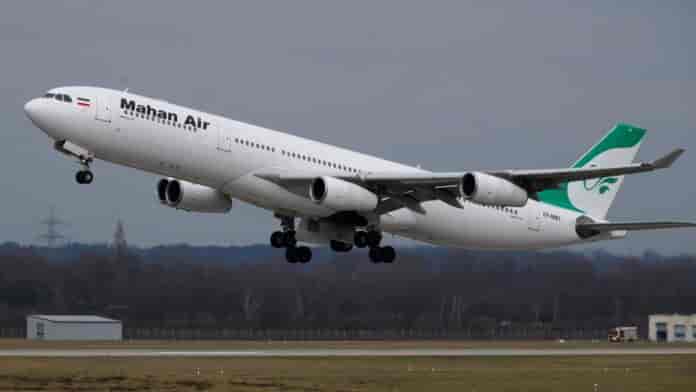 IRIB quoted a passenger describing how his head had hit the roof of the plane during the change in altitude, and video showed an elderly passenger sprawled on the floor.

“I don’t know what happened. A black plane came close to our plane and our plane lost its balance. I was sprung up and my head was banged against the ceiling,” the unnamed passenger told IRIB.

Another said: “It was a fighter jet. A fighter jet was literally sticking to our plane. We lost balance and bounced up and down.”

The harassment didn’t stop the plane and it continued the path towards Beirut and landed safely in the Lebanese capital.

The IRIB News described the U.S. aircraft’s maneuvering as a “provocative and dangerous” action that forced the Iranian passenger plane’s pilot to precipitously lower the altitude which has led to some injuries among several passengers.

Footage, meanwhile, showed blood running from the top of the head of one and several others, who had suffered scars, while one passenger was seen lying down apparently unconscious on the airplane’s floor.

The incident comes amid tensions between Tehran and Washington, with ties deteriorating since 2018  when US President Donald Trump exited Iran’s 2015 nuclear deal with six world powers and reimposed sanctions that have battered Iran’s economy.