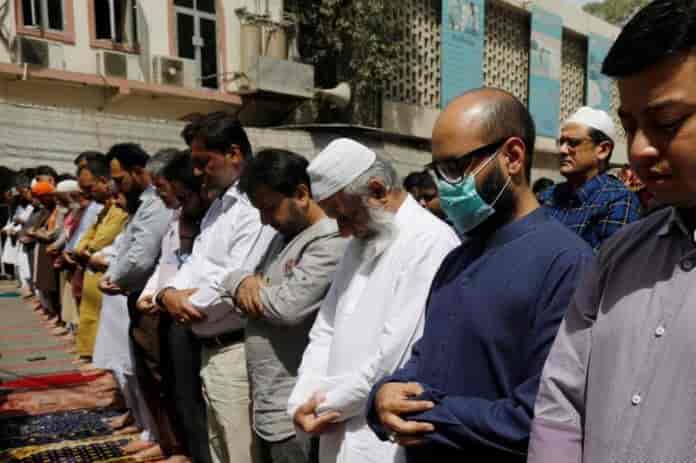 In light of the fast-spreading coronavirus, all political and religious gatherings should be postponed “immediately”, said The Pakistan Ulema Council.

The direction was part of a fatwa issued by the PUC after a meeting presided over by Chairman Hafiz Tahir Sherani, Dawn reported.

In the decree, religious scholars have told people to follow the measures issued by the government in order to prevent COVID-19 from spreading. The decree further says that Urdu sermons during Friday congregations should be discontinued while Arabic sermons should be shortened.

A safe distance should be kept between the rows of worshippers, who should pray on the floor — which should be washed with soap and water — instead of prayer mats. It would be preferable, the fatwa said, to pray in an open space. Furthermore, the elderly and the sick have been advised to pray at home.

The cleanliness of bathrooms and ablution sinks at mosques should be ensured and soaps and sanitisers should be placed for worshippers. Philanthropists have been asked to donate sanitisers, soaps and other cleaning supplies.

The decree further said that people should greet each other by saying Assalam Alaikum instead of shaking hands or hugging, as experts have advised against both practices.

The fatwa strictly forbade the hoarding of hand sanitisers, masks and soaps and directed people to report those who were involved in the practice. It also told people to avoid rumours as they spread fear.

So far, 212 cases of the novel coronavirus have emerged in Pakistan, a majority of which have been detected in Sindh.

Previous articleCOVID-19: Epidemic Disease Regulations 2020 extended to entire J-K
Next articleCentre will come up with domicile law within a week: Bukhari