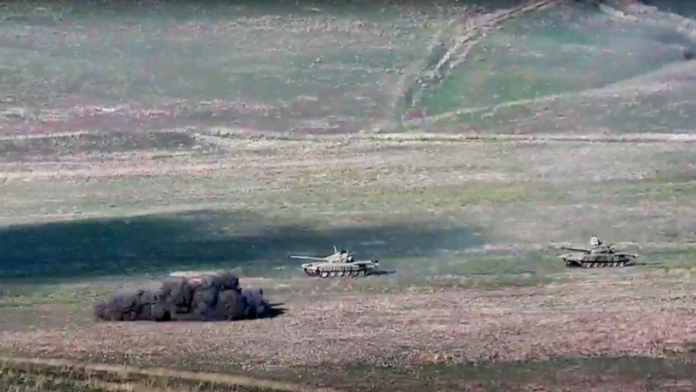 Pakistan has refuted the media reports that the country’s army is fighting alongside the Azerbaijani forces against Armenia over the Nagorno-Karabakh region.

In a statement, Pakistan Foreign Ministry said such reports are “irresponsible, speculative and baseless”.

However, the ministry, reiterating its country’s position on the issue, stated Pakistan is deeply concerned over the deteriorating security situation in the Nagorno-Karabakh region.

“The intensive shelling by Armenian forces on civilian populations of Azerbaijan is reprehensible and most unfortunate. This could compromise peace and security of the entire region. Armenia must stop its military action to avoid further escalation,” said the statement according to Anadolu news agency.

“Pakistan supports Azerbaijan’s position on Nagorno-Karabakh, which is in line with the several unanimously adopted United Nations Security Council resolutions,” the statement added.

On Tuesday, some Indian media outlets reported that Pakistani soldiers are fighting along with Azerbaijani troops against the Armenia aggression.

Relations between the two former Soviet republics have been volatile since 1991 when the Armenian military occupied Upper Karabakh, an internationally recognized territory of Azerbaijan.

World powers, including the US, Russia, France and Germany, have urged an immediate halt to clashes along the frontier.

Turkey, meanwhile, has voiced support for Azerbaijan’s right to self-defense.

Previous articleCommencing of third phase of B2V programme across J-K perfect way to honour Gandhi: Lt Guv
Next articleImprovement in situation because Kashmiris understood the futility of violence: DGP