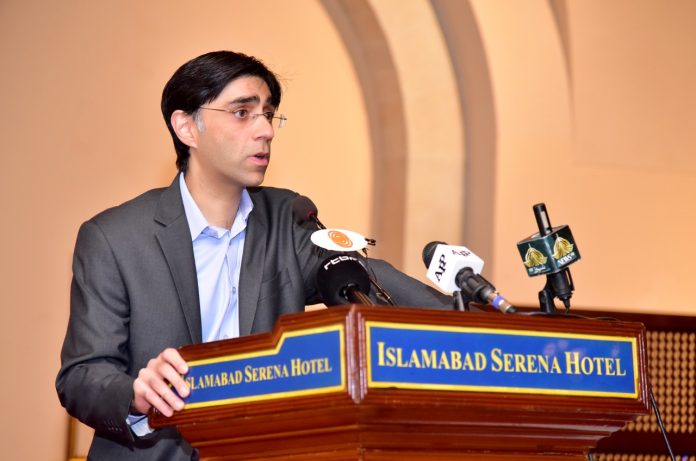 New Delhi: Pakistan’s National Security Advisor (NSA), Moeed Yusuf Thursday said that the safety of foreigners in the country is Pakistan’s responsibility, and concerns of Chinese workers and engineers working on the China-Pakistan Economic Corridor (CPEC) are being taken seriously, Express Tribune reported.

The NSA’s remarks came in an interview with the Beijing Review where he mentioned that some countries and their proxy actors do not want the CPEC to succeed, as they see the Pakistan-China partnership as a “threat”.

Yusuf acknowledged that there have been a number of attacks on the CPEC projects, highlighting that India supported and funded them through anti-Pakistan militant organisations operating from third countries, the report said.

“Unfortunately, our enemies will continue to seek ways to target us,” he added.

However, the NSA stated that regardless of these ‘attacks’, there is clear evidence that the Pakistan-China relationship is still going strong as the two countries came out “stronger and further strengthened security protocols”.

“All inimical forces working at the behest of external powers to undermine the CPEC will be defeated,” said Yusuf, adding that Pakistan now has a mechanism to ensure the security of every Chinese citizen in the country.

He emphasised that the full potential of the CPEC will only be realised when there is peace in the region, the report said.

Responding to a question, the Pak NSA maintained that Pakistan neither believes in camp politics, nor it wants to be pushed in that direction.

“China has always counselled us to have good relations with everyone, and we have always maintained that Islamabad’s relations with Beijing are not exclusive,” he said.