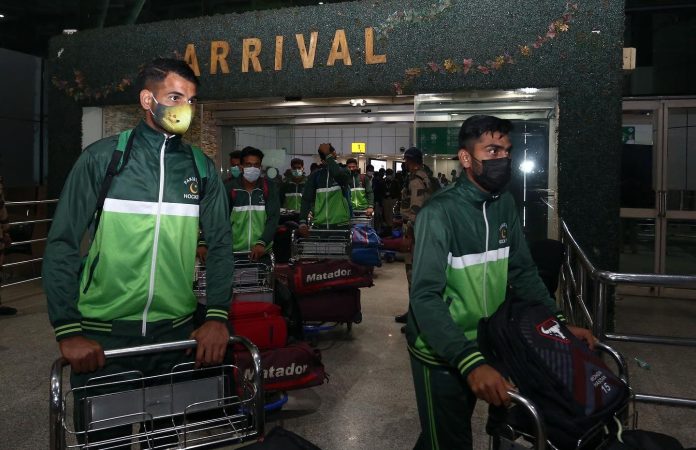 For the first time since 2018, the Pakistan men’s junior hockey team reached Delhi on Saturday to participate in the Junior Hockey World Cup. The World Cup is being held in Bhubaneswar from 24 November to 5 December, Indian Express reported.

The last time a Pakistan hockey team was in India was for the senior World Cup in 2018. Before that, they had travelled for the Champions Trophy in 2014.

Officials said the Pakistan players were not issued visas for the Junior Hockey World Cup in 2016 – the year of the Pathankot (January 2016) and Uri (September 2016) attacks, which was followed by the surgical strikes (September 2016).

In 2019, Pakistan’s shooting team missed the Delhi World Cup for the same reason – they were not issued visas – which almost led to India’s sporting isolation. This happened in the shadow of the Pulwama terror attack, in which at least 40 security personnel were killed.

But, following a stern warning by the International Olympic Committee, the government gave a written assurance that sportspersons from Pakistan would not be stopped from coming to India.

This time, Pakistan was invited to compete as the Asian qualifiers could not be held due to the pandemic and its players and officials were granted visas, officials said.

“They are fully prepared and in high spirits, ready to give their best during the matches,” said a Pakistani diplomat.

Since February this year, back channels between the two countries have been working overtime to keep the Line of Control peaceful.