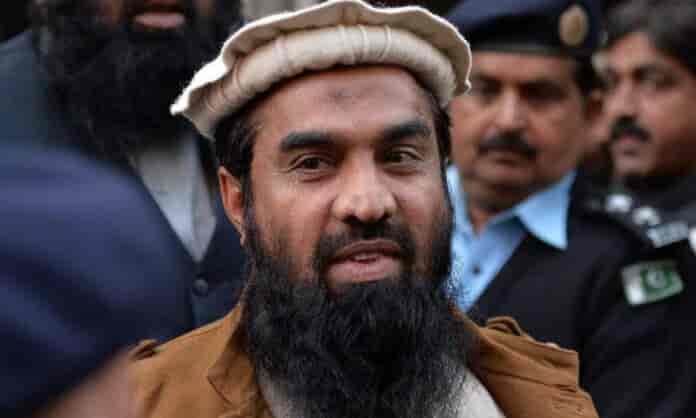 The court also directed law enforcement agencies to arrest the co-accused in the case, Abu Anas Mohsin, due to availability of sufficient evidence against him.

In a statement issued on Jan 2, officials said Lakhvi was arrested by the Punjab Counter Terrorism Department (CTD) in an intelligence-based operation from Lahore.

The statement said he was suspected of running a medical dispensary to collect and disburse funds for financing terrorism, had been charged under relevant sections of the ATA and would be brought before an ATC in Lahore

In its written order issued today, the ATC found Lakhvi guilty under three sections of the Anti-Terrorism Act (ATA), 1997, for running a dispensary in Kot Lakhpat to raise funds for financing terrorism.

Lakhvi was sentenced to five year prison terms under each section, to be served concurrently, with an additional fine of Rs300,000. The court also handed over possession of the said dispensary to the state.

Lakhvi will now be sent to Central Jail, Adiala, to serve out his sentence.

As leader of the banned militant group, LeT, Lakhvi is blamed by the United States and India for the 2008 Mumbai attacks. He was first arrested in 2008 but was later released on bail.

India has long called on Pakistan to bring Lakhvi to trial, but Islamabad says Delhi has not provided concrete evidence to try the LeT leader.

A UN Security Council sanctions committee says Lakhvi is LeT’s chief of operations and accuses him of being involved in militant activity in a number of other regions and countries, including Chechnya, Bosnia, Iraq and Afghanistan.

Previous article“They are untrustworthy”: Khamenai bans import of US and British vaccines
Next articleSSB trooper dies of heart attack in central Kashmir

One more militant has been killed in the ongoing encounter that broke out between security forces and militants in...
Kashmir