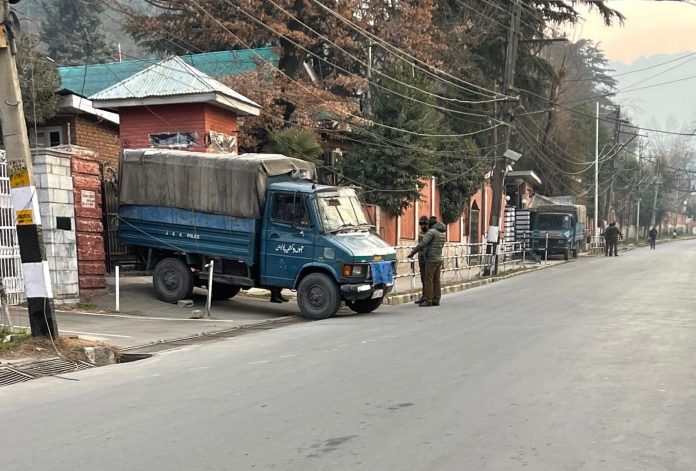 Srinagar: The leaders of Peoples Alliance for Gupkar Declaration were put under house arrest on Saturday to prevent them from holding a proposed sit-in protest against delimitation draft recommendation.

Talking to Kashmir News Service (KNS), PAGD spokesperson M Y Tarigami said that they have been put under house arrest and they have been locked from both inside and outside.

He said that this is the gift from the government on the New Year’s Eve and this the picture of Kashmir as government doesn’t even allow to hold a sit-in protest.

“I don’t even know that I was put under house arrest. Some cops came and informed that you are under arrest,” he said.

Meanwhile, former chief minister and National Conference vice-president, Omar Abdullah said that this is the new year with the same J-K police illegally locking people in their homes.

“Good morning & welcome to 2022. A new year with the same J-K police illegally locking people in their homes & an administration so terrified of normal democratic activity. Trucks parked outside our gates to scuttle the peaceful @JKPAGD sit-in protest. Some things never change,” he Tweeted.

In another Tweet, he said: “Talk about a lawless police state, the police have even locked the internal gate connecting my father’s home to my sister’s. Yet our leaders have the cheek to tell the world that India is the largest democracy, hah!!” (KNS)