Over 160 Rohingyas living in Jammu sent to jail: Officials 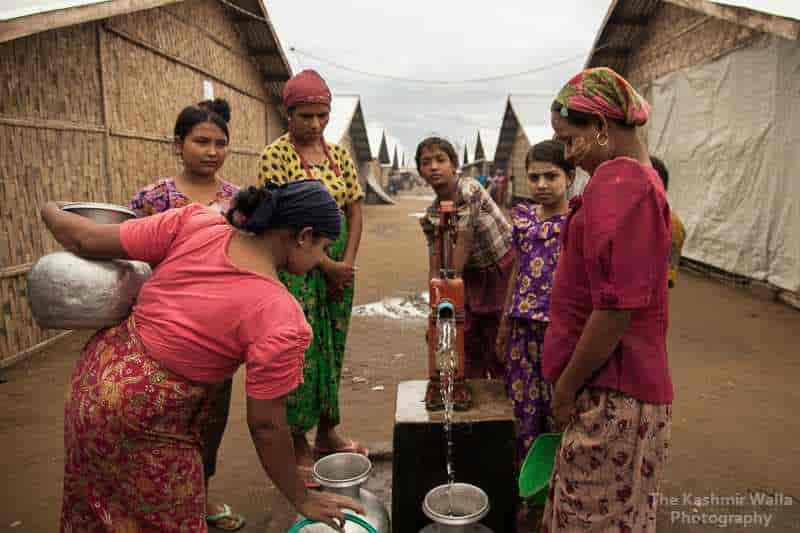 At least 168 Rohingyas have been sent to jail after they were found living illegally in the city, officials said on Sunday.

The Jammu and Kashmir administration on Saturday had began a drive to collect biometric and other details of Rohingyas staying here. The drive is part of an exercise to trace foreigners living in the city without valid documents.

The verification process of Rohingya Muslims from Myanmar was carried out at the MAM Stadium here amid high security, the officials said, adding further verification of the foreigners is going on, they added.

Under the drive on Saturday, biometric and other details, such as place of stay, of Ronhingyas were collected, the officials said.

The Rohingyas are a Bengali-dialect speaking Muslim minority in Myanmar. Following persecution in their country, many of them entered India illegally through Bangladesh and took shelter in Jammu and other parts of India.

Many political parties and social organisations in Jammu had urged the Centre to take immediate steps for the deportation of Rohingyas and Bangladeshi nationals, alleging that their presence is a “conspiracy to alter the demographic character” in the region and a “threat to the peace”.

More than 13,700 foreigners, including Rohingya Muslims and Bangladeshi nationals, are settled in Jammu and Samba districts, where their population has increased by over 6,000 between 2008 and 2016, according to government data.