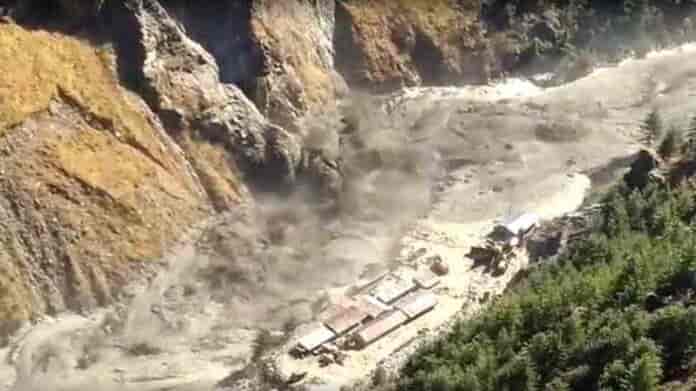 At least 100-150 people are feared dead after a glacier breach in Uttarakhand’s Chamoli district, triggered massive flooding along Alaknanda and Dhauliganga rivers.

Uttarakhand DGP Ashok Kumar said that about 50-100 people are missing, two bodies have been recovered and some people injured in the floods have also been rescued, reports PTI.

Further the DGP reportedly said the situation is under control. However, the power project at Tapovan-Reni has been swept away completely.