Our sons are ordinary citizens, not spies: Families of Kashmir duo arrested in Pakistan 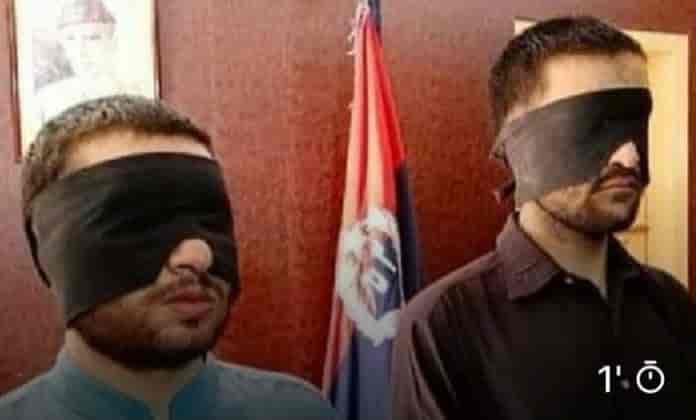 Srinagar: Family members of the two youth from Gurez area of north Kashmir’s Bandipora district, who were arrested in Pakistan on the charges of spying Saturday appealed the Prime Minister’s of India and Pakistan to ensure release of their sons on humanitarian grounds.

The parents of the two youth arrested in Gilgit area of Pakistan, by the army there, said that their children can never be spies as they were ordinary citizens and earning their living on day to day basis by working in fields and for other construction works.

Pakistan army yesterday released a video showing two Kashmiri youth—Mr. Feroz Ahmed Lone son of Mr. Abdur Rahim Lone and Mr. Noor Muhamamd Wani son of late Mr. Mushtaq Ahmed Wani, both residents of Achoora, Gurez, Bandipora, under its custody. In the video, the duo is seen confessing that they were sent to Pakistan by the Government of India for spying.

In a video appeal, Abdur Rahim Lone, the father of Feroz, 29, said his son went missing in 2018 and they had even lodged a missing complaint at the concerned police station. “Yesterday, I came to know that he has been arrested by the Pakistan army for the charges of spying there and for working for the Indian agencies. I want to say here that my son is not a spy and he should be set free on humanitarian grounds,” said Lone, urging Prime Minister Narendera Modi and his Pakistani counterpart Imran Khan to release his son and other youth on “humanitarian grounds.”

Mr.Bashir Ahmed Wani, the uncle of another youth Noor Muhammad Wani, said that he had to adopt his nephew 20 years ago, after his parents died. “My nephew would earn his livelihood by working in fields and by working as a labourer. Since 2015, he would go out of his home for day job and return after a week and even sometimes after a month and even more,” he told a local news gathering agency Kashmir News Orgnanisation, while releasing a video message to seek release of both his nephew and another youth Feroz.

Mr. Bashir said that his nephew had to quit studies mid-way and to earn his livelihood.

“Yesterday, I was shocked to see him surrounded by Pakistan army along with another youth Feroz in a video where they are saying they were sent by GoI to Pakistan for spying. I think, they were forced to make such statement,” Mr. Bashir said. “My nephew doesn’t even know the meaning of spying. Both of them were never involved in any anti-national activity so far. I didn’t even file any missing complaint about my nephew as I thought he might be working somewhere to earn some money.”

Mr.Bashir made a fervent appeal to Prime Minister Mr. Narendera Modi and Prime Minister of Pakistan Mr. Imran Khan to release both the youth on humanitarian grounds without any further delay.

“We are hopeful that Pakistan government will accept our appeal and release both the youth forthwith,” Mr. Bashir said—(KNO)