‘One Nation One Election is good suggestion’: Chief Election Commissioner 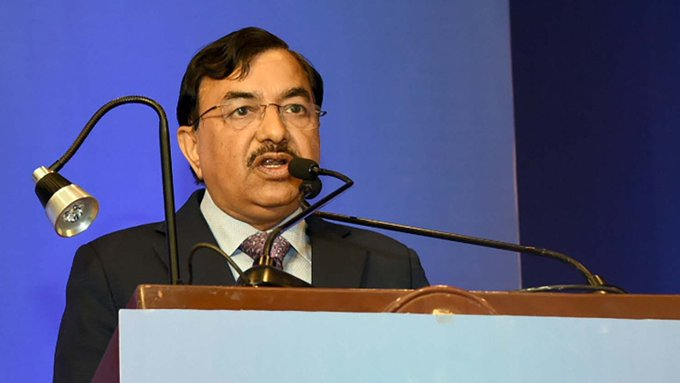 New Delhi: India’s Chief Election Commissioner (CEC), Sushil Chandra, says that it is a good suggestion to have ‘One Nation One Election’ policy in the future, but says that the change will take time and the final decision on its implementation has to be decided by Parliament, reported news agency ANI.
However, he reaffirmed that the Election Commission is prepared and capable of doing the same if asked to conduct simultaneous elections in the near future.
Speaking to ANI on Thursday, when the counting of votes took place in five states – Uttar Pradesh, Uttarakhand, Punjab, Goa, and Manipur is taking place, Chandrasaid, “According to the Constitution, all the elections should be held simultaneously. The parliament elections that are held since independence, all three of them are simultaneous elections.
It is only later that sometimes the Assembly was dissolved, sometimes parliament, which disturbed the schedule. One Nation One Election is a good suggestion but this needs a change in the constitution.”
“An Assembly which will not be able to complete the 5-year term in the Assembly will have to think about whether we can abolish it under the Constitution or we need to increase the tenure of parliament for simultaneous election in the country, he said.
Chandra further added that it is to be decided in Parliament that should we take half of the assembly together and the next time take the other half together, it is to be decided in parliament, but the election commission is fully prepared and the election commission is capable of holding all the elections simultaneously and is ready to elect it only once in 5 years,” he added.