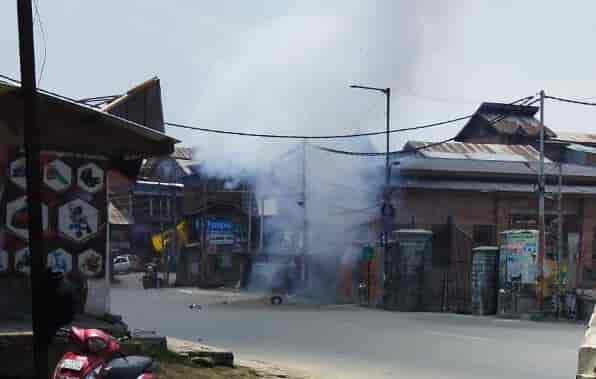 There were no reports of injury in the attack.

The explosive device that went off around noon was planted near one of the gates of Srinagar’s Jamia Mosque. The blast was followed by gunshots, which was not immediately clear as to who fired.

A police official speaking on anonymity said the blast took place at about 12 pm and was suspected to be an Improvised Explosive Device. “Police in retaliation used some gunshots in the air. No loss of life or injury was reported so far.”

Vaibhav Palnitka, a journalist associated with New Delhi-based Hindi newspaper Dainik Bhaskar, who was present at the spot when the blast took place said gunfire continued for about five minutes.

In a video posted on Twitter, Palnitka said he had to take shelter inside a shop in the lanes near the mosque. “The firing continued for about 5 minutes. We stayed there for about half an hour. Then we came out from a back alley,” he later wrote on Twitter .

“I spent 20 minutes there and drank water. Then I called SSP to inform him about this massive blast. After that we went out of the back lane and reached Jamia Masjid again after some time,” he said.

“We witnessed all of it. I am feeling very scared as I saw such a firing and blast for the first time.”

The Kashmir Walla reached out to Senior Superintendent of Police (Srinagar) Sandeep Chaudhary through multiple calls and text messages but he wasn’t available for comment. The story will be updated as and when he responds.