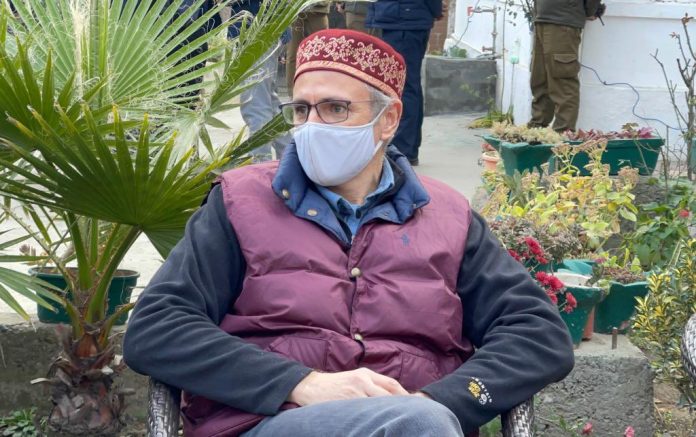 Demanding handing over of the body of Amir to his family, he asked the government to expedite inquiry into Hyderpora killings.

Notably, Omar Abdullah is on a visit to Chenab Valley and is the first political leader to reach out to the family of Amir, who was killed in Hyderpora “gunfight”.

To mention, four persons including two civilians were killed in a “gunfight” in Hyderpora last Monday. (KNS)

Previous articleWatch | Bandipora hospital lacks facilities after one year of functioning
Next articleSnowfall in Kashmir likely in first week of Dec: MeT