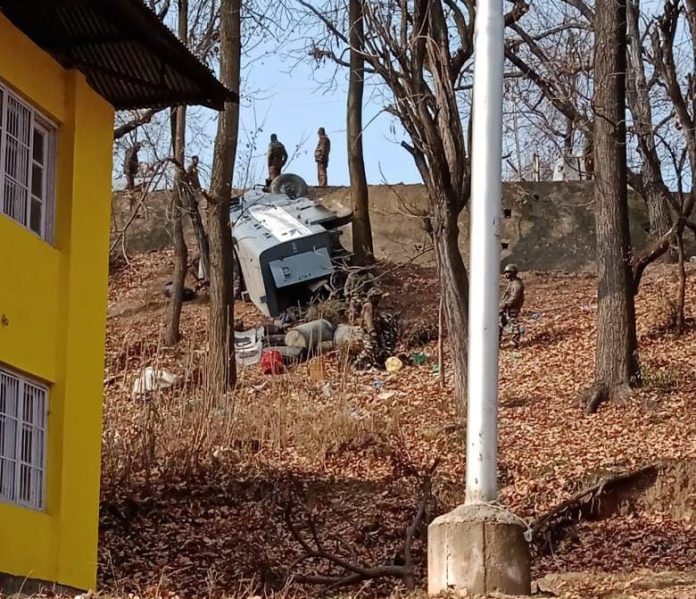 At least three CRPF paramilitary personnel, including an ASI rank officer, sustained injuries after a vehicle they were travelling in met with an accident in Kader Kulgam, officials said.

They told GNS that the ‘BP Bunker’ of 18 Batallion CRPF was on way from Behibagh to Kulgam.

In the incident, two constables Ambit and Anil including ASI Naurang sustained minor injuries, they said adding all of them are stable. (GNS)