Objectives of peace in J-K cannot be achieved unless 5 Aug actions not reversed: Dr. Farooq 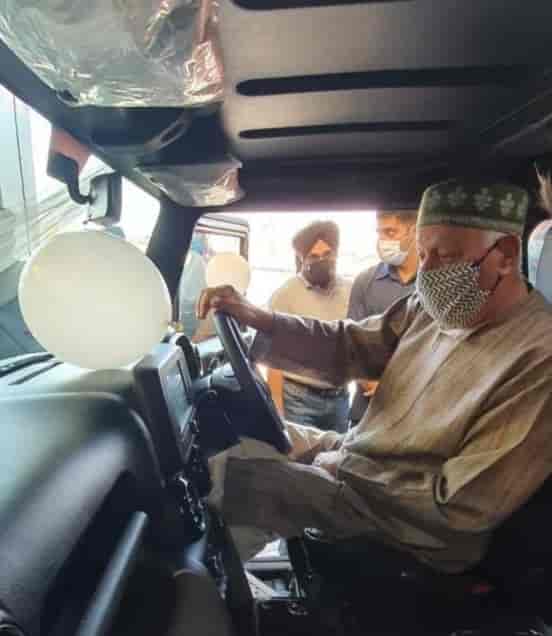 Srinagar: Jammu and Kashmir National Conference Party President and Member of Parliament from Srinagar Dr. Farooq Abdullah on Monday said objectives of peace, economic progress and development in J-K cannot be achieved unless the measures taken on 5 August 2019 are not reversed.

Dr Farooq said the goal of inclusive development in J-K can be turbo-powered only by empowering the people of Jammu and Kashmir in real sense and by reversing the 5 Aug 2019 actions. “J-K’s path to development and economic progress is not possible unless New Delhi doesn’t do justice with the people of J-K and reverse all the decisions taken on the 5th of August 2019,” he said.

“Until recently feted for topping various human development indices, the development scenario in J-K currently is very depressing. The private sector in J-K particularly has suffered major reverses on one account or other since the 5th of August 2019. Despite being very stunted, the private sector in J-K used to provide jobs to scores of well qualified and skilled youth. Regrettably, the successive clampdown down and lockdown since august last year has pushed the already ailing businesses to the wall,” he said.

He added that it was a stupendous challenge of fast-tracking all-round development which has been at receiving end in J-K since the unilateral, unconstitutional, and undemocratic abrogation of Articles 370 and 35 A.

A catch-up to the pre-crisis situation Party President said was a far cry under the present situation with no active fiscal support coming from government and that the pervasive unemployment in J-K was a direct consequence of the measures undertaken by GOI last year.
Among others, Chairman Shuhul Group GM Guroo, Director SG Bilal Guroo, and Ovais Guroo were also present on the occasion.

While expressing concern over the plethora of challenges the youth of Kashmir are facing on account of declining employment opportunities in J-K, Dr. Farooq said, “J-K provides numerous opportunities in agriculture, handicrafts, food processing, and other untapped resources in the services sector and hospitality sector. Fostering entrepreneurship activities, however, requires a conducive atmosphere for the businesses to thrive. Budding entrepreneurs continue to suffer due to lack of support from government and financial institutions,” he said. (KNS)