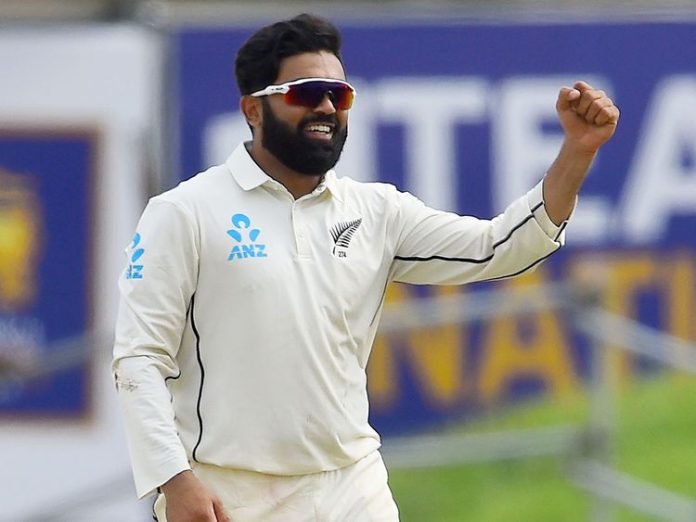 Mumbai: New Zealand spinner Ajaz Patel today etched his name in the history books at the Wankhede Stadium after becoming only the third cricketer to claim 10 wickets in a single innings of a Test match after Jim Laker and Anil Kumble, reported India Today.

Laker had registered astonishing figures of 10 for 53 in 1956 against Australia at Old Trafford in Manchester while Anil Kumble had taken just 26.3 overs to take 10 wickets for 74 runs against Pakistan in New Delhi.

Playing in India for the first time, the 33-year old, who had moved to New Zealand at the age of eight, turned it around for the visitors after a strong start by the Indian openers on Day 1.