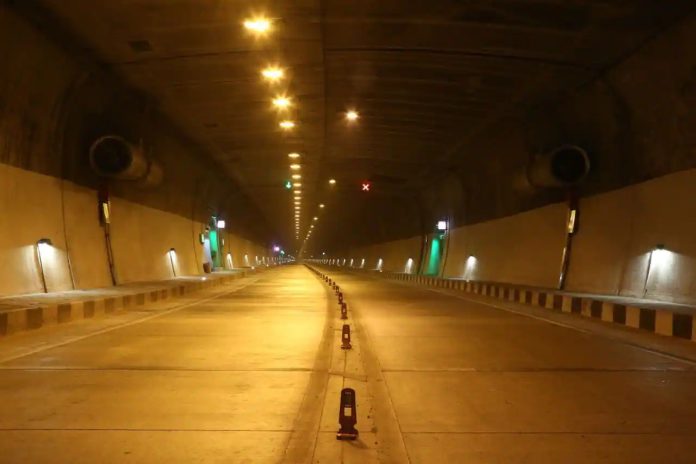 The Government of India-led National Investment and Infrastructure Fund Limited (NIIFL) has acquired an equity stake in the Navayuga Quazigund Expressway Private Limited (NQEPL) that laid the major tunnel between Banihal and Qazigund, reported Economic Times.

Done through the NIIF Master Fund, it would be paying US $380 million, or Rs 3035 crore, for the acquired stakes, reports appearing in the media said.

A collaborative investment platform anchored by the government of India, the NIIF Master Fund manages funds with investments in different asset classes and diversified sectors and involves both national and global players. With the acquisition, Fund’s asset base has hugely improved.

The 8.45 km 4-lane expressway all-weather tunnel is one of the longest highway tunnels in India. When in operation, it will almost discard the existing aged Jawahar Tunnel and enable faster and better movement between Srinagar and Jammu. It is the largest annuity project awarded by the National Highways Authority of India (NHAI) on a BOT (build-operate-transfer) basis. It gets fixed, semi-annual payments from NHAI, thus providing it with stable and predictable cash flows.

It is a twin-tube tunnel – one for each direction of travel – with the twin tubes being interconnected by a cross passage every 500m, for maintenance and emergency evacuation. Laid at an elevation of 1790 metres (5,870 feet), it is 400 metres below the Jawahar tunnel, thus making it less prone to avalanches. The project was initiated at an anticipated cost of Rs 2000 crore but was completed at an investment of Rs 3100 crore.

Andhra-based Navayuga Engineering Company which implemented the project said the relationship with NIIF will help them “in substantial reduction of debt at the group level.”

NIIF Master Fund, it may be recalled here is already holding the 6-laned Devanahalli Tollway in Bengaluru and the 4-laned Dichpally Tollway in Telangana.

The Qaigund tunnel is expected to reduce travel time between Jammu-Srinagar by about 90 minutes and 16 km of harsh uphill driving. It is attached with an exhaust system to remove gas and bring in fresh air; has 124 jet fans, 234 CCTV modern cameras, and a fire-fighting system installed.