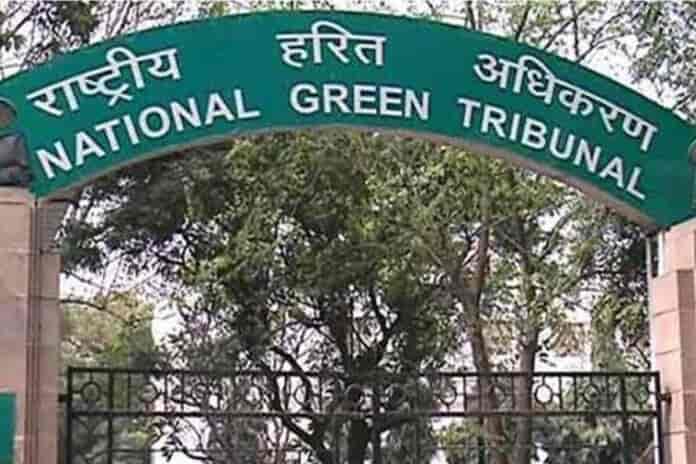 Srinagar: The Principal Bench of the National Green Tribunal {NGT) in New Delhi has, on 27 August, directed the Divisional Commissioner, Kashmir, Pandurang Pole, to duly consider the suggestions made in a petition filed against the unscientific dumping of waste and the encroachment of wetlands in the Kashmir Valley.

The NGT had sought a factual and action taken report from a joint Committee of Jammu & Kashmir Pollution Control Board (PCB), the Department of Wildlife Protection, and the Deputy Commissioners of Budgam, Srinagar and Bandipora districts on the necessary steps taken for the prevention of the unscientific dumping and encroachment of the Hokersar and Kreentchoo–Chandhara wetlands, and the Wular Lake.

The petition was filed by Kashmir based Right to Information (RTI) activist, Dr. Raja Muzaffar Bhat, who has suggested the appointment of a wetland expert, to ascertain the factual position in the wetlands, “as Commissioner belonging to any reputed institution or CPCB [Central PCB], NGO [Non-Government Organisation] at the expense of Union Territory of Jammu & Kashmir through the Department of Environment, Forest & Wildlife Conservation and Housing and Urban Development Department (HUDD).”

The petition has sought an “effective watch and ward system needs to be made available by J&K Wildlife Conservation Department to prevent dumping of solid waste in and around Hokersar” and that government officials “should be directed to spend funds under Solid Liquid Resource Management programme available under Swachh Bharat Mission Gramin (SBM Gramin).”

Even as there were enough funds available under the SBMG, the petition has stated that “unfortunately the money is not being utilized as no DPRs have been prepared by Govt. nor have been consultant agencies hired by Rural Development Department for this work.”

Further, the petition has also argued for the appointment of “an independent Non Governmental Expert as Court Commissioner to facilitate the determination of the real questions in controversy and the false statements being made by the Respondents [government officials]” with regards to the Wular Lake in north Kashmir’s Bandipora district.

The NGT has directed that “further action be taken by the joint Committee headed by the Divisional Commissioner, Kashmir. The above suggestions be duly considered and acted upon, to the extent found viable.” The Tribunal has further noted that the conservation of wetlands, “in general and Ramsar sites in particular”, were a “significant aspect of protection of environment.”

“To give effect to the Sustainable Development and Precautionary Principles, which have been held to be part of right to life and are to be statutorily enforced by this Tribunal under Section 20 of the National Green Tribunal Act, 2010, effective action plan and its execution is imperative,” the principal bench has observed in its judgement.

The NGT has also directed the National Wetlands Committee to compile data on the status of compliance of environmental norms in all significant wetlands in the country and regional the PCB’s  to furnish the status of management of wetlands to the Secretary, Ministry of Environment, Forest and Climate Change, within three months. Following which, a joint Committee of the Secretary and Chairperson of the CPCB are to give a consolidated report to the NGT.

The Principal Bench of NGT has also observed that despite the provisions for protection of wetlands under the Wetland (Conservation and Management) Rules, 2017, and the existence of National and State Wetland Authorities, “the fact remain that the wetlands are facing serious challenge of conservation as shown by the present case and other cases which are the Tribunal dealing with from time to time.”

Wetland Authorities are headed by the Chief Secretaries in the case of a Union Territory, to which J-K was downgraded to, last August. “They are required to statutorily plan and oversee necessary action for management of the Wetlands,” the judgement stated. “Inspite of high level authorities in place, there are widespread grievances of failure to manage some of the important wetlands.”

Previous articleAl-Badr militant commander behind killing of Khonmoh panch killed in Shopian: IGP
Next articleI reported on COVID-19 for months. Then it reached my home.