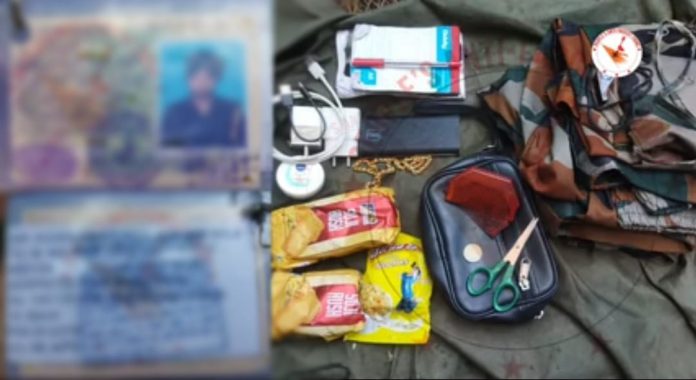 After a lesser known militant outfit, Peoples Anti Fascist Front (PAFF), claimed responsibility for the ongoing Poonch gunfight with more than a dozen casualties on the first day, the army says ‘it is only propaganda’.

The PAFF is believed to have come into existence after Jammu and Kashmir (J-K) was stripped of its limited autonomy on 5 August 2019. Earlier this week on Monday, the outfit claimed responsibility for the gunfight, in which at least nine troopers have been killed, officially.

The outfit had released an 8.34 minute long video on social media claiming responsibility for the gunfight, which has entered its 13th day. The outfit claimed that the number of troopers killed on the first day of the operation was between 12-15. However, the claim is denied by the Army as “a sort of propaganda.”

Speaking to The Kashmir Walla, Lieutenant Colonel Davender Anand, Army’s Public Relations Officer (PRO) Jammu division said, “it is a propaganda video, and we have already declared [casualties] whatever we had.”

The Army has said that the number of troopers killed during the gunfight was nine, including two Junior Commanding Officers (JCOs) – a major loss in a decade during a gunfight with militants.

The joint operation was launched on 11 October in the DKG area of Poonch district after the government forces found suspicious movement along the Line of Control (LoC) that divides Jammu and Kashmir between India and Pakistan. The LoC is over 10 kilometers from where the gunfight is ongoing.

Five Army troopers were killed in the gunfight on 11 Oct 2021. Among the deceased were four riflemen and one Junior Commissioned Officer (JCO).

The operation entered the 13th day on Saturday and has been the longest and deadliest operation of the decade as the number of killings of government forces remains at a record high.

The outfit that is taking responsibility for the attack, in June this year also claimed responsibility for killing a municipality councillor, Rakesh Pandita from the Tral area of south Kashmir. However, the police then said that the PAFF is the name created as a cover to Lashkar-e-Toiba and other groups active in Kashmir.

Meanwhile, on 17 October, a mother-son duo was among three detained for questioning on the suspicion of giving logistic support to the militants.

On detention of the trio, officials had said, “It was a matter of investigation whether they provided food and shelter to the terrorists voluntarily or at a gunpoint.”

Mukesh Singh, Inspector-General of Police Jammu division told The Kashmir Walla that the detainees were being questioned. “Once we get some leads [from them] we will share the same with the media,” the officer said and added, “the operation is on.”

Earlier, an official privy to the operational details told The Kashmir Walla that the mountainous and dense forest was making the operation difficult and dangerous.

So far, contact with militants was established at least four times: first on 11 October in Poonch’s Surankote, which was followed by another exchange of fire between the government forces and the militants in the adjoining Thanamandi forest in Rajouri district the same day, but the militants managed to escape. On 14 October, contact was established in the Nar Khas forest in the Mendhar area of Poonch evening.

As per the Army on Friday morning contact with the militants was again established. The militant outfit in the video said that more details regarding the operation will be shared at the right time.

As per reports police on 19 October made appeals to people through public address systems in mosques in Bahatdhurian area of Poonch, urging them not to move towards forests as well as keep the livestock inside their respective premises.

Earlier in May 2020, government forces encountered a major loss in a gunfight with militants in Rajwar forests north Kashmir’s Kupwara district in which a colonel, a major and three forces personnel were killed. This was one of the major losses for the forces after abrogation of the special status.

Similarly in April 2020, five forces personnel were killed in the frontier Keran area along the LoC. In the gunfight five militants were also killed.

The government forces have lost at least 24 troopers in gunfights in forest areas and during infiltration bids along LoC since April last year. Among them 3 JCOs, one colonel, one captain were killed.